How I could have overlooked this place for so long, I just don’t know. Well I corrected that over sight Friday. This joint is the quintessential tavern. Dim lighting and wood paneling. It is a credit to its generation. And their food and service is a credit to taverns everywhere. I discovered a new beer from Sun King. I don’t recall the name but after the obligatory notes of hop, the finish had a definite chile pepper smack. This beer made for a great pairing with the Hot Sicilian sandwich. Now this sandwich is standard fare in a lot of places. Ham, pepperoncinis, bacon and mozzarella cheese on a toasted roll with shredded lettuce. The way they prepare their version is what sets it apart from the rest . They par cook the bacon and then finish it per order on the flat top with the remaining ingredients. The result is a flavor filled sandwich full of greasy bacon goodness. I would also recommend a side of potato salad to go with. The salad is of the smashed variety. The first taste is hard-boiled egg, followed by the potato with a touch of sour cream and a hint of vinegar. If you like potato salad as much as I do I think you’ll love this.

After my successful scouting trip Pat and I decided to make this joint our weekly destination. As you will see I wasn’t the only one taken by this joint. Following is Pat’s ode to a French Dip. 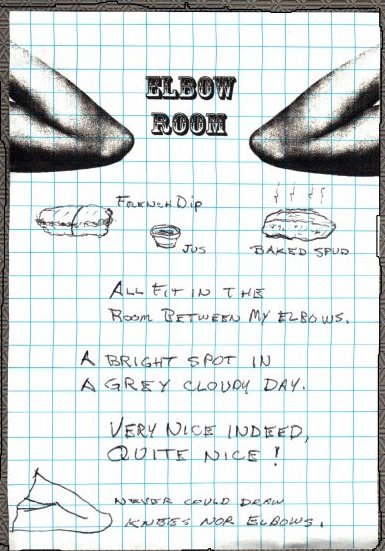 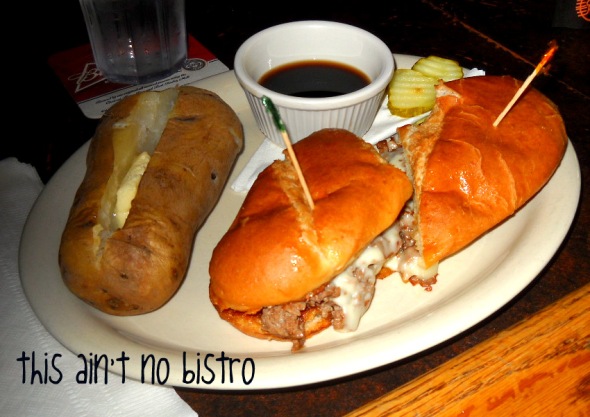 I was torn between a grilled chicken sandwich or a burger. Since the menu mentioned char broiled burgers I ordered one, medium rare, with a side of cole slaw. I was a wee bit disappointed. There wasn’t a whole lot of char on the meat and it was cooked past medium. All in all the meat was a little dry. That could have been caused by aggressive spatula use or patty compaction. In either event it really is not that big of a deal. The burger temp is regulated by the Board of Health. The last I heard all ground meat must be cooked to an internal temp of 160 degrees, and held for 15 seconds. Which precludes even a true medium. As for the slaw I thought it could have used more dressing. Now that is purely subjective. Hell you can’t hit a home run every time. 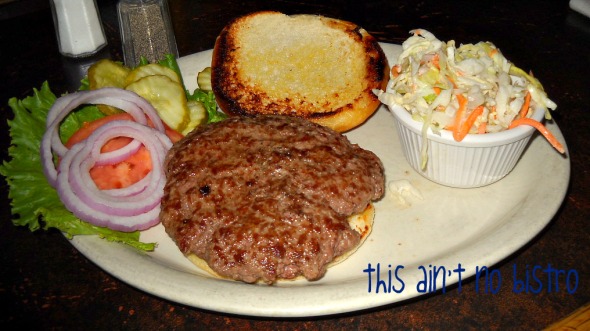 So this is a place worth visiting. And from the lunch crowd I guess a lot of folks feel the same way. Oh. I almost forgot the Chile. I had a cup to start things off. It was house made and really good. Mild enough to appeal to non chile heads and packing enough chile powder and cumin to make it interesting. Also like so many joints the help is such a key to success; and the help here appears to be professional. At least in the front of the house; where it matters. I would also like to thank Kelly for such attentive service. Thanks from both of us. 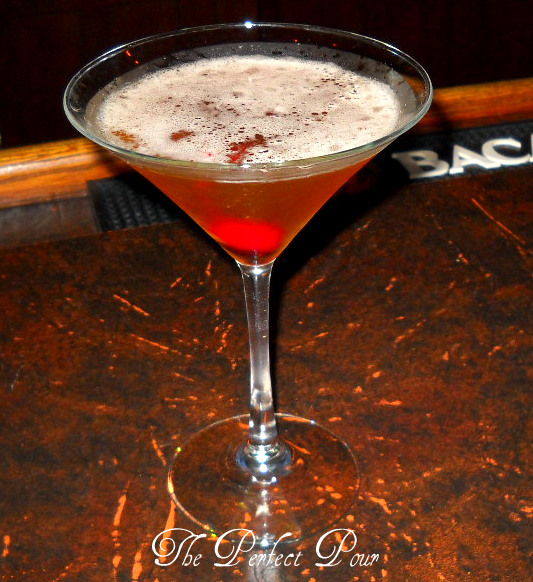 This entry was posted on May 25, 2013 by Benson. It was filed under taverns and stuff and was tagged with Barbecue, Boiled egg, Coleslaw, cook, Friday, Home, Lux Restaurants, Manhattan cocktail, Potato salad, Salad.