As soon as you walk into this place you are struck with the history of this joint. It was opened one month after Prohibition ended in 1934; and it has been run by the McGinley family ever since. From the dark wood back bar to the all mechanical cash register the scene probably has not changed much in the intervening 70 odd years. 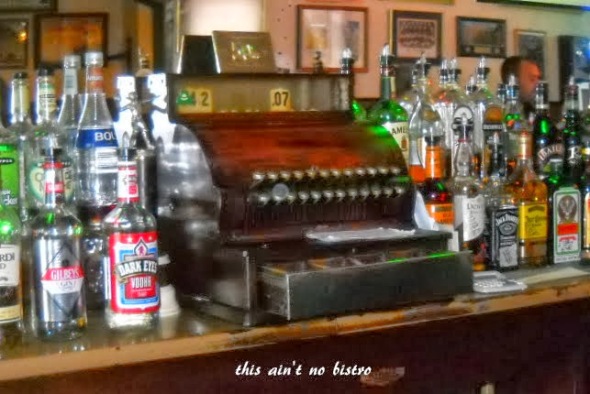 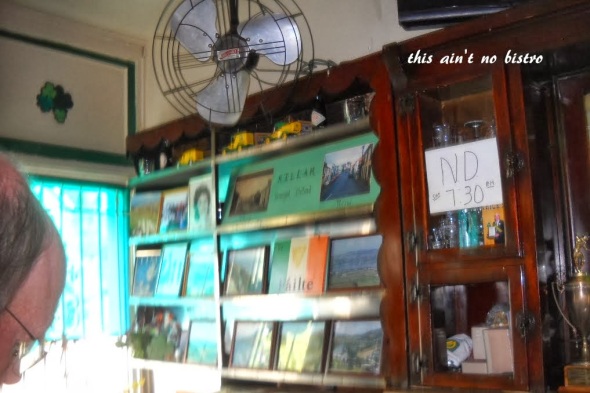 The menu is small and is displayed on a sign above the window to the kitchen. The pictures I took did not turn out, so I’m including a link to their website which also shows a bit of their history. They only have two draft heads, both offering Michelob. A brew I haven’t had in probably 30 years. They also have a pretty good inventory of Crafts and imports in a cooler by the door. So I don’t think selection would be an issue. 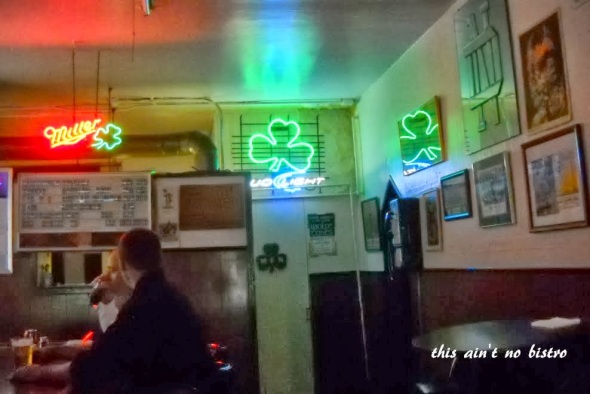 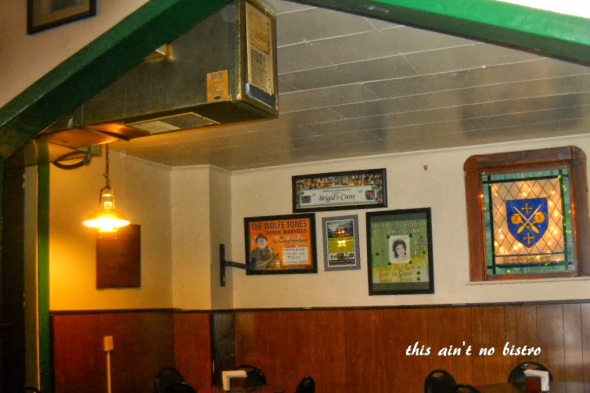 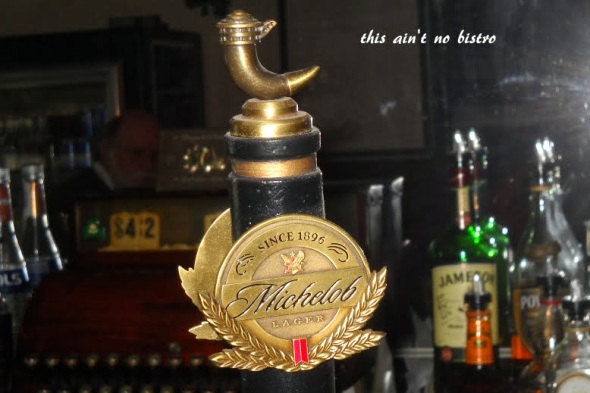 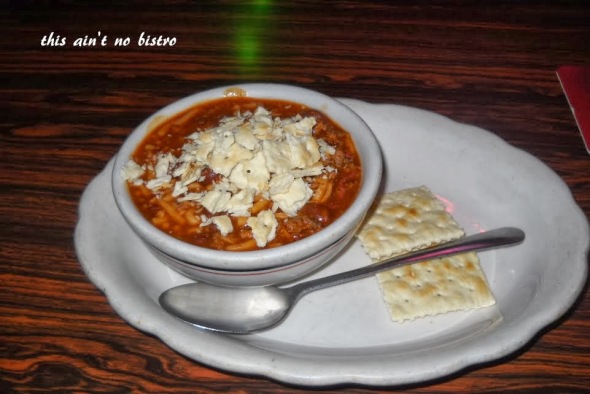 The chili was wonderfully representative of the type prepared by Hoosiers for generations. Meat and beans in a rather tame tomato sauce with a slight hint of cocoa powder and filled with tiny pieces of pasta. Served with saltine crackers, of course. 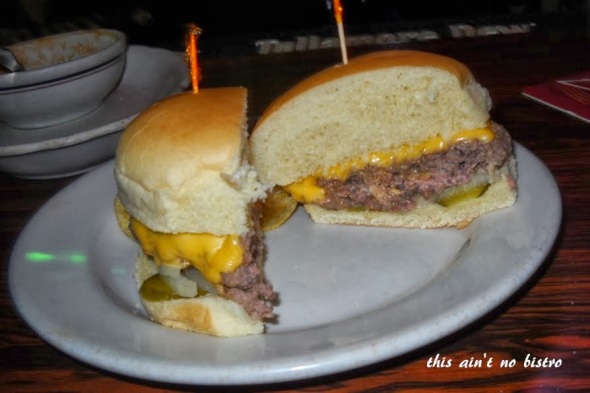 In today’s world of half pound Black Angus, Wagyu, Bison Beef, Sourdough, Pretzel Bun burgers, the burgers at Golden Ace Inn are a refreshing change of pace. They serve one-third pound patties, hand formed and cooked in a skillet and then put on a common grocery store bun. They still use white onion and even cut them in half. This is a joint dedicated to simplicity and value. 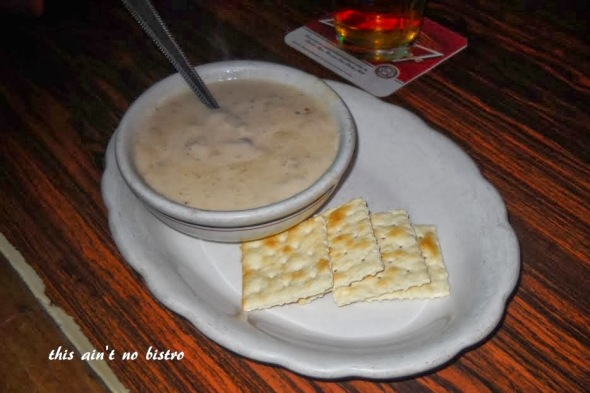 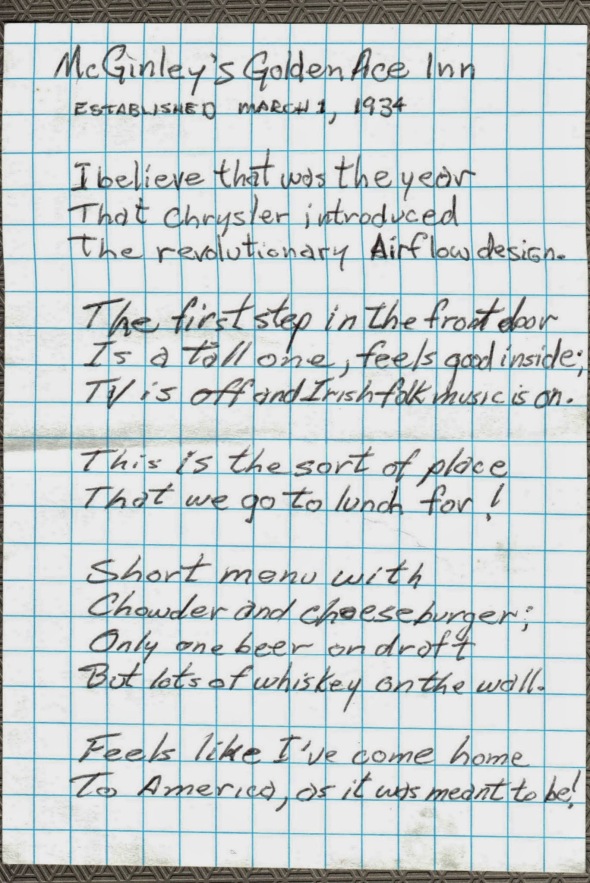 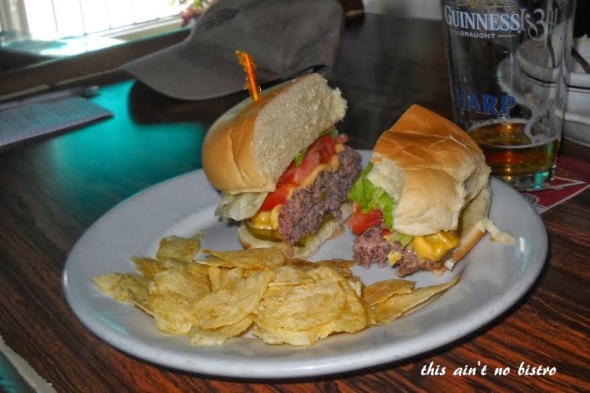 Pat and I really enjoyed this place. I find it hard to believe that neither one of us had been here before. This joint is an anchor of the neighborhood. The fact that it has continually operated this long is a testimony to the business, the neighborhood and the family. I look forward to going back. Price? You ask. Two bowls of soup and two cheeseburgers– $12.25. Three Draft beers and one shot of Bushmills – $11.25. I think this is definitely a place to check out. 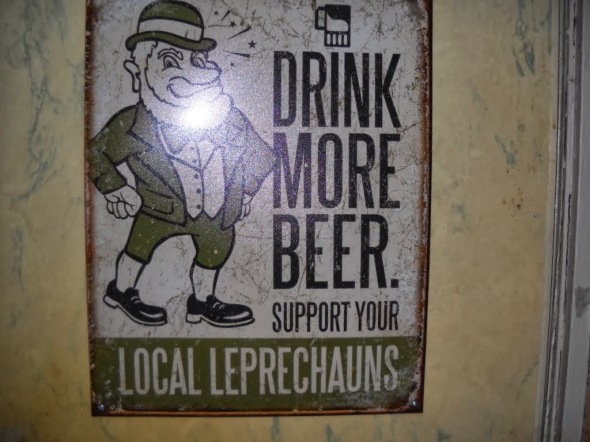 This entry was posted on October 19, 2013 by Benson. It was filed under taverns and stuff and was tagged with Bushmills, Clam, Clam chowder, cook, Hoosiers, indianapolis monthly, Indianapolis Star, McGinley, Michelob, Sourdough, Wagyu.