When’s the Best Time to Eat? 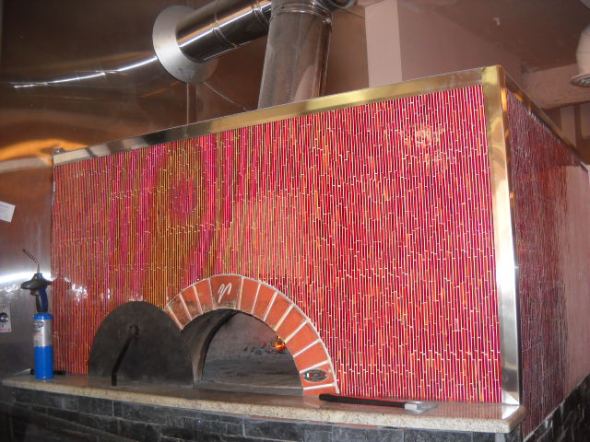 This is not at all like a post that would normally be shown here. I was indisposed for a few days so we were unable to hit the streets for our usual lunch. I have been thinking about writing a post like this for a while but never thought it would be too interesting to anyone. But since I am temporarily sidelined for a while; and; since I’m an obsessive, compulsive type I thought I might as well indulge myself.

What I’ve been thinking about is the changing face of restaurant cooking during my “adulthood”. In the 1960’s &70’s “Nouvelle Cuisine” hit the U.S. New cooking. A lighter, healthier alternative to ” Haute Cuisine”. Cooks started using terms like “cuisine minceur” (a version of nouvelle); au sec and spray releases like “Pam” were being used for “frying”. Saucers were lighter, portions were smaller and presentation almost became an end in itself. These changed the fundamentals of the business. Don’t let the French terms throw you. I think schools and some cooks like using these terms to sound sophisticated. That’s probably why I use them.

In the ensuing years different “hooks” appeared. The resurgence of flambe, fusion cooking and the raw food diet. But the most basic aspect of preparing food for consumption has not changed since the advent of fire. When you go past the initial stage -“find food, add heat” you discover that; in this part of the world the main influence is European; primarily French. Culinary Schools stress “classical cooking”. That is to say French cooking. I’ll save my thoughts on that for another time.

Since I stopped working and started eating out I noticed that joints are going more country, and, shall I say more ethnic. Not just hipster joints but some taverns enjoy adding flat breads and a more Asian palate of spices and seasonings. And the sauces have a spin with soy and ponzu type sauces. All of which add a great punch to the food. As for the country tour. I am not too sure. A lot of joints love to use pork belly and kale. Now I have no problem with either,but I wonder if the folks that use them really get it. Pork belly is a beautiful part of the pig, Skin,fat,meat and more fat. Slowly cooked;in a moist environment the yield is a delicious taste of meat with an unctuous deliciousness. Of course it’s great for making bacon.  As for the skin; cut it in strips, fry and dust with garlic and Louisiana hot sauce. Now that is fusion. Whether you call it crackling’ or chiccaron it is definitely good food. Hardly heart healthy but tasty none the less.

Well I do ramble. Kale. I love kale. I love all greens. However I don’t get raw kale, or slightly cooked kale. To me greens should be cooked down. Concentrate the nutrients into the pot liquor. Make sure you have some corn bread for sopping. Now if you can get some young baby greens they are great raw. Especially mustard greens. Simply dressed with oil, and vinegar or citrus juice the result is remarkable.

Well my ramblings are through. We’ll be back on the streets next week. Great times ahead. Spring is coming and some new joints are due to open up, so enjoy yourselves.

This entry was posted on March 17, 2014 by Benson. It was filed under Uncategorized and was tagged with au sec, chiccarone, ciusine minceur, french cooking, fusion, ponzu, pork belly, raw food.