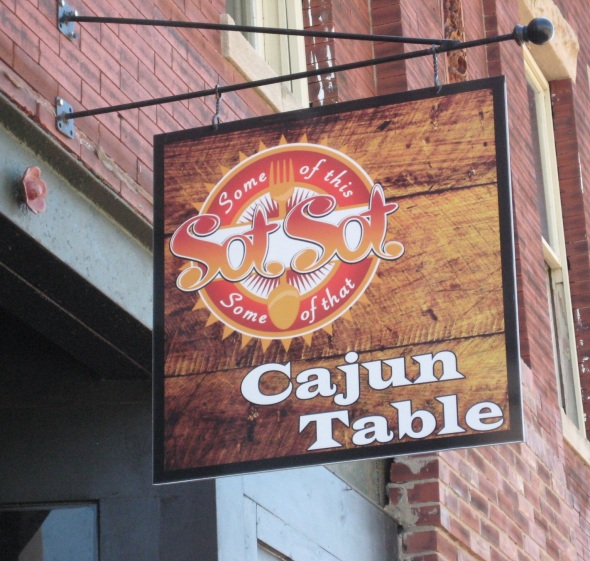 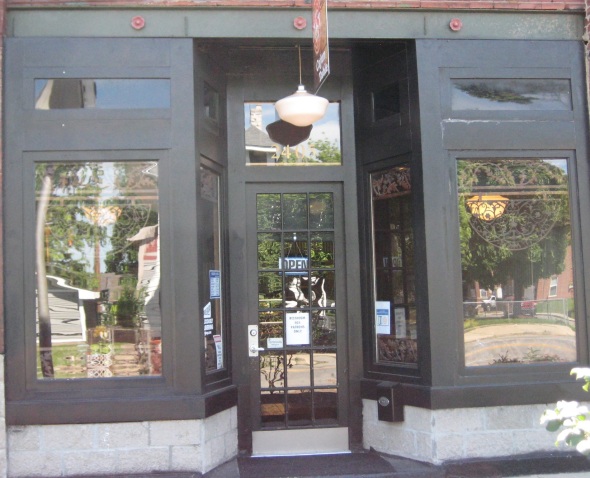 SOT SOT started as a food truck. After a couple of years the owner decided to build a brick and mortar Cajun Table while keeping his food truck rolling. He picked an old abandoned building in a less than hip part of town and refurbished it. From what I hear he did most of the work himself. The result is a very good looking place with lots of exposed brick and shiny distressed wood flooring. 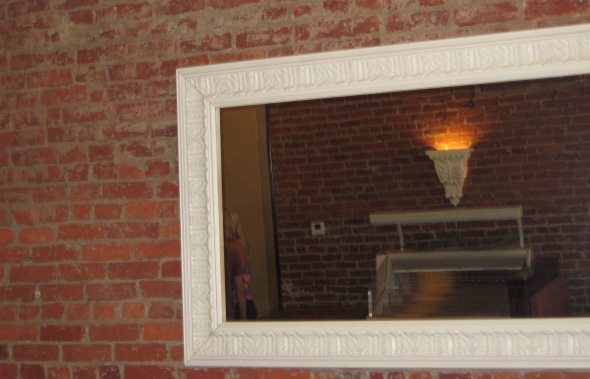 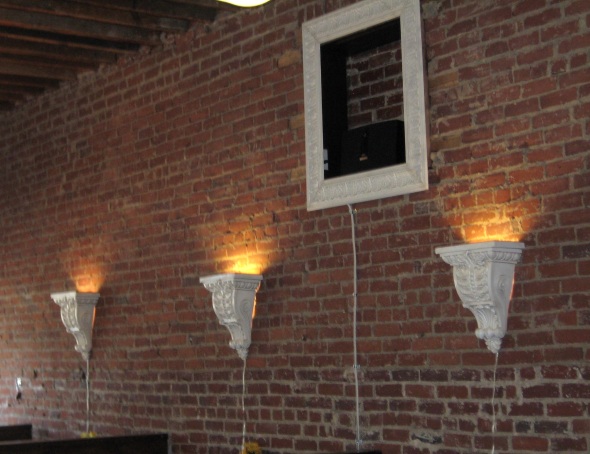 Cajun and Creole food are some of my favorites bites; and I have a bit of experience in it as does my bitter/better half. Since she didn’t want to come out to play I thought I would do carry out. They offer the obligatory Po Boy sandwiches as well as your typical entrees. They offer Crawfish and Shrimp Etouffee; Jambalaya; Bourbon Chicken and Vegetarian Red Beans and Rice. They are priced out at $7 to $10 each but you can order a pick two for $11.50 and a Sampler for $14.50. They also have Gumbo; either Seafood or Chicken& Sausage as a cup for $5 or a bowl for $10.

I ordered a pick 2 of Etouffee and Jambalaya and a bowl of Gumbo; all to go. When I got home I did not re-plate for the picture-taking. I took the pics as they are. 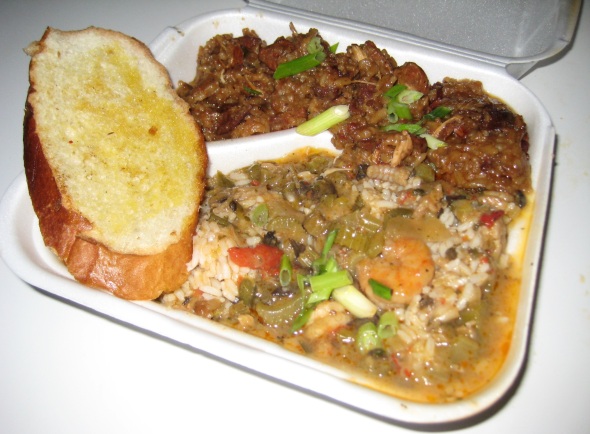 This is the pick two. The Etouffee is in the foreground and the Jam is in the background. Also the garlic bread is on the left. Well to be concise we were both underwhelmed and disappointed. The Etouffee had the best flavor and a nice “Cajun” feel to the veggies however we could only find one shrimp and one Crawdad tail. Lee ( my partner) was the lucky winner and she thought the shrimp was over cooked. The second part of our pick two was the Jam and it was definitely the least enjoyed. The texture was “mushy” and it had an odd taste that neither of us could name. 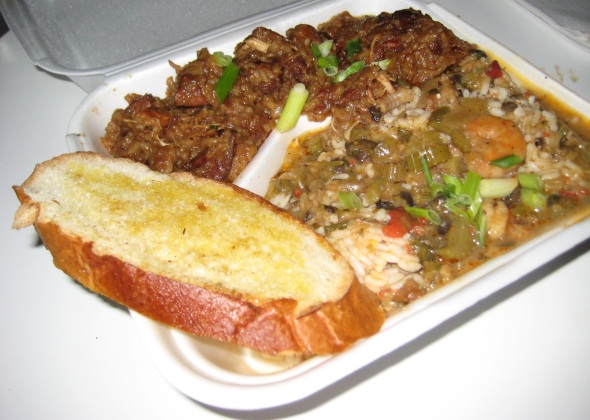 Our final dish was the $10 bowl of Gumbo. 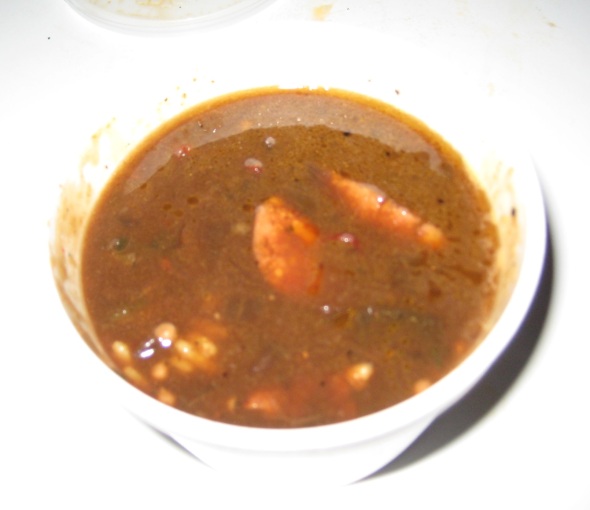 I probably should have re-plated it but the only rice provided was in the bottom of the 12 ounce go bowl. Needless to say the picture is not very appealing. Apologies. We both thought it was a bit thin but that is probably subjective from what we are accustomed to. We differ on the basic flavor of the gravy. I thought it pretty good; reminiscent of a dark brown roux she did not. Another thing we were in agreement in was the dearth of veggies and meat in the dish. We ordered the chicken and sausage version and we got a few pieces of chicken and a rather mediocre sausage. So I don’t know what happened. Was it a very bad day and I should give this joint another go? I am not sure.

In summation. The Etouffee had the best flavor;just no shrimp or crawfish. The Jambalaya was a dish we could not finish and The Gumbo needs a bit of attention to the Trinity and the type of sausage. It is a nicely renovated building and I wish them the best.

This entry was posted on July 1, 2016 by Benson. It was filed under ethnic and was tagged with Cajun cuisine, etouffee, gumbo, jambalaya, Red beans and rice.