Well we are back in Speedway. Their Main Street is shaping up as a prime destination. In addition to the already existing business they have added Daredevil Brewing, Big Woods and,in 2016 Speedway Indoor Karting.

This is a huge 2 story building that has 2 kart tracks. An oval and a road course. The coolest thing  is, it is owned and operated by Sarah Fisher and her husband Andy O’Gara. For those who don’t know, Sarah Fisher ran in 9 Indy 500 races; more than any other woman driver. She still holds the fastest Indianapolis 500 Qualification run by a woman. 229.439 MPH. Of course we didn’t come to race we came to eat at their adjacent restaurant. The 1911 Grill.

It is a beautiful place. It has 2 stories and seating that overlooks the kart tracks. 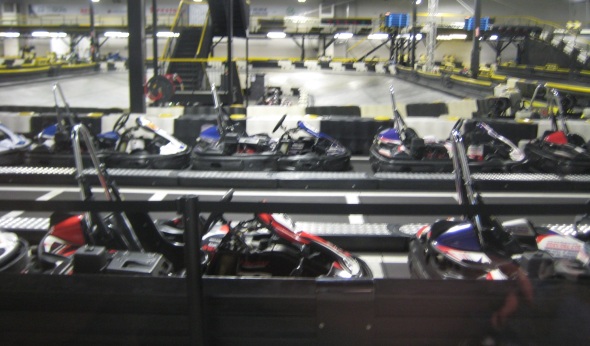 Their menu is pretty typical featuring burgers, fish and tenderloin. They also offer a few dinner choices for evening. 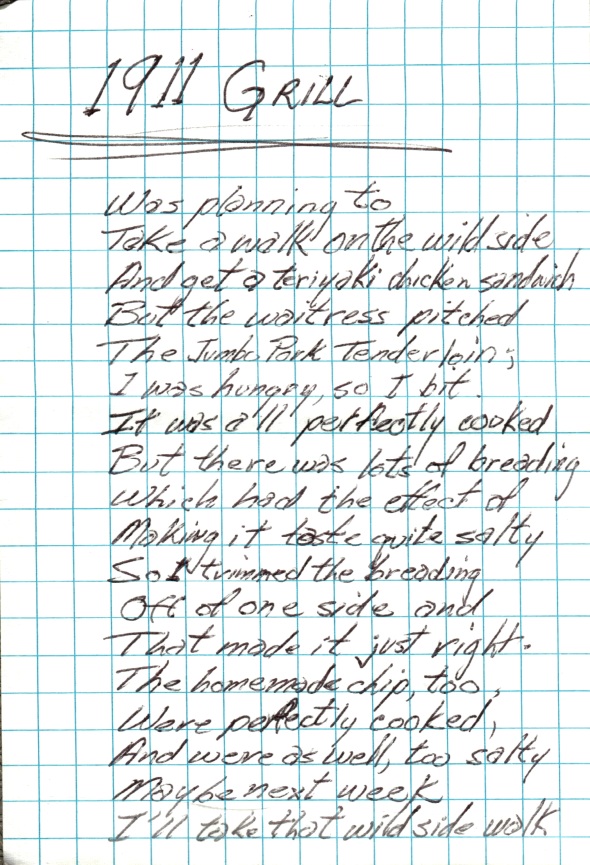 One of their lunch specials was a Breakfast Burger. A house burger topped with a fried egg and bacon and American cheese. With fries for $8.99. I know that tossing an egg on a burger is the thing to do now but I have never tried it. I like the yolk and I am not sure It would come out that way. I decided to try it and ordered the egg soft and the burger mid-rare. 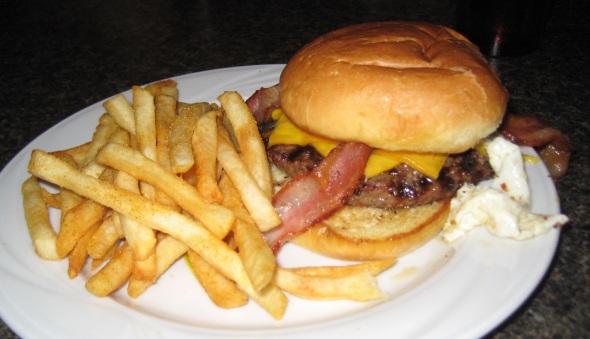 It wasn’t a bad burger. Not the best and definitely not the worse. It was your Standard Sysco ready-made burger. Of course I think it would have had more personality had it come out with more yolk in the egg and more blood in the burger. But it was pretty good and the price was reasonable.

I think Karting there would be a blast. We set by a window and were able to see several racers while we ate. If you were to go there to race eating at the Grill would be a natural choice. If they want to make the restaurant a destination place as well I think they need to step it up a bit and have some more creative options. At least check out different burger options. You never know I may be back to race; if I can get someone to go with me.

This entry was posted on January 26, 2017 by Benson. It was filed under taverns and stuff and was tagged with bacon, breaded tenderloin, Indianapolis 500 Race, Sarah Fisher, Teriyaki.