Sometimes Pat and I like to change things up and do breakfast instead of lunch. Usually when Pat has something else to do on Wednesday afternoon. Such was the case this Wednesday.

This place has only been open for 4 months. It is in a building that used to house a Mexican restaurant and you can tell from the hand painted murals on the walls. Their breakfast menu is pretty standard but I thought the prices a bit lower than most joints. Which is a good thing. I went all in on their Sunshine Breakfast platter for $8.99. It was 2 bacon, 2 sausage links, 2 pieces of ham, hashbrown potatoes and 2 eggs your call. Plus a choice of pancakes or toast. I couldn’t resist the siren call of pancakes so I ordered my eggs scrambled. I mean why have all that egg yolk without toast to mop it up. 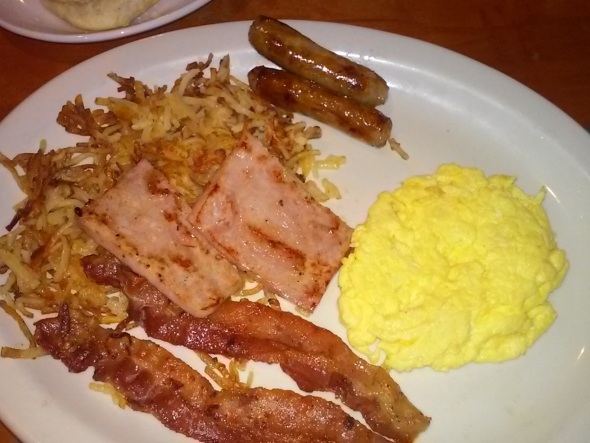 Everything was very nicely done. The shredded potatoes were crisp, as was the bacon. I especially like the slight “char” on the ham from the griddle. 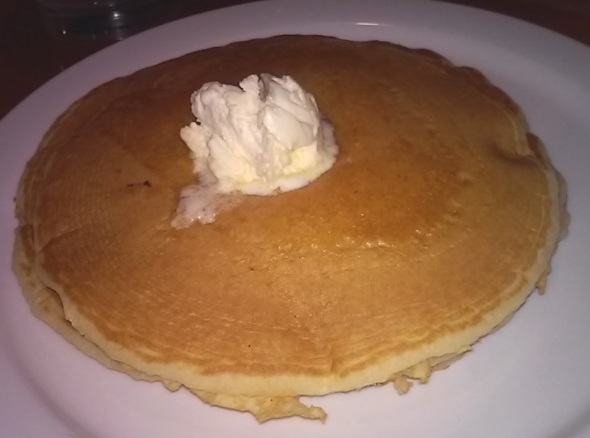 The pancakes were light and fluffy, not exceptional, but good and they went well with the salty meats. 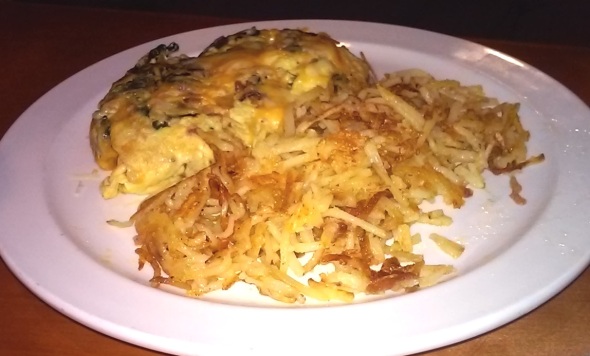 So we had a very nice breakfast, relatively cheap. As Pat said there isn’t any foo foo stuff on their menu just good solid food. Well worth trying.

This entry was posted on March 30, 2018 by Benson. It was filed under down home eats and was tagged with bacon, Breakfast, chorizo, ham, omelet, pancakes.