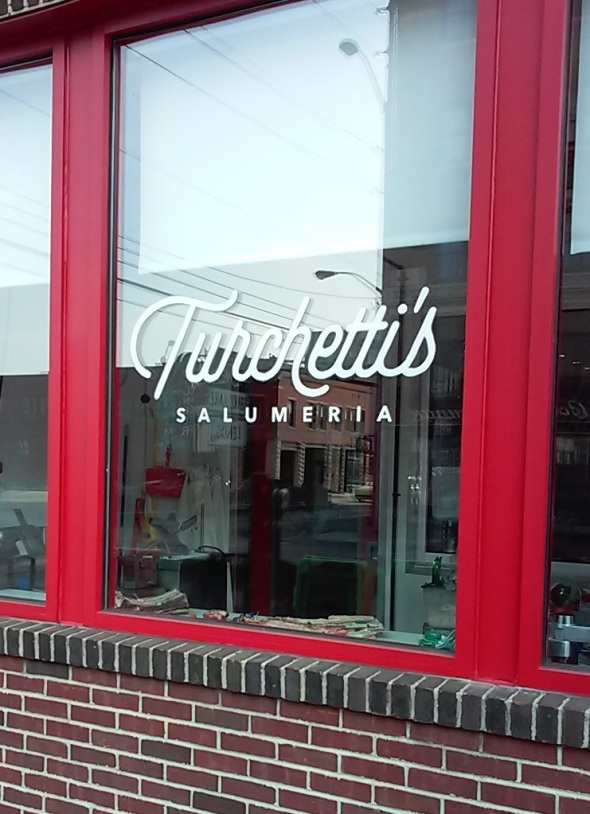 I have wanted to come here for a while now. They have been open for a few months and are primarily a production butcher shop that serves as a deli on Friday and Saturday. They have extended hours just this week so we were fortunate we were able to try them out.

Their menu is small but more than adequate.

Patrick is not too adventurous so he ordered their Pastrami sandwich, without 1000 island dressing, for $14. Their sandwiches come with chips but for a upcharge you can get Tallow fries. Like McDonald’s use to have. 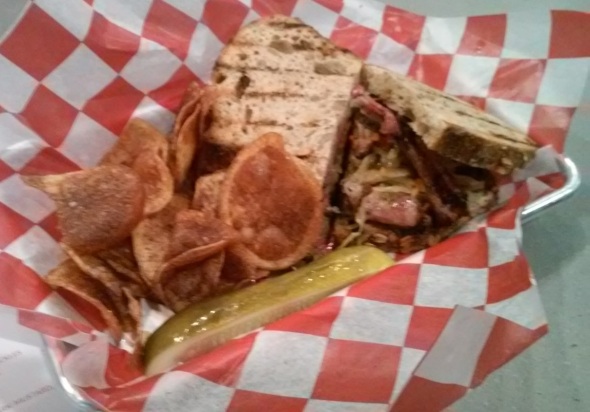 I felt compelled to try as many different things that I could. Rather than try one of their Charcuterie boards I opted for Turchetti’s Tour . That is a sampling of 5 salamis for $10. 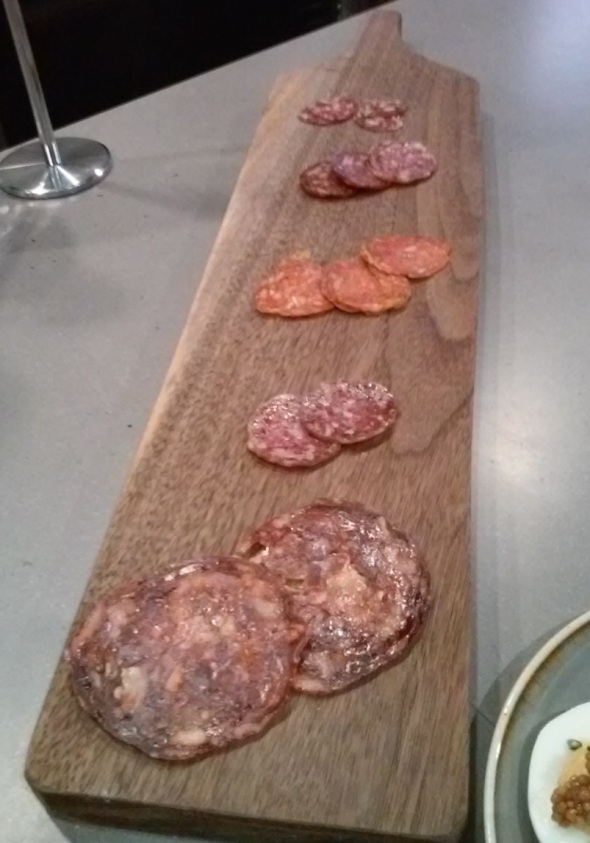 Their boards are long so taking a picture was tricky. The selections that day; from back to front; Cacciatorini, Finocchiona, Pepperone, Sopressata and Cotto. Each piece had its own distinct taste and personality and were all excellently prepared. How ever I usually default to a pepperone as my favorite salami. This was the case here. Turchetti’s salami is special. It is softer than most and practically melts in your mouth and would be excellent on a pizza.

Since N’duja was not included in the tour I ordered a plate of N’duja deviled eggs for $5. These were the craziest things I have had in a while. I am looking forward to trying that spicy spreadable salami by itself.

I read that they were now offering a Braunschweiger plate for $6. Now how can anyone pass up a chance to try this Classic German deli spread? 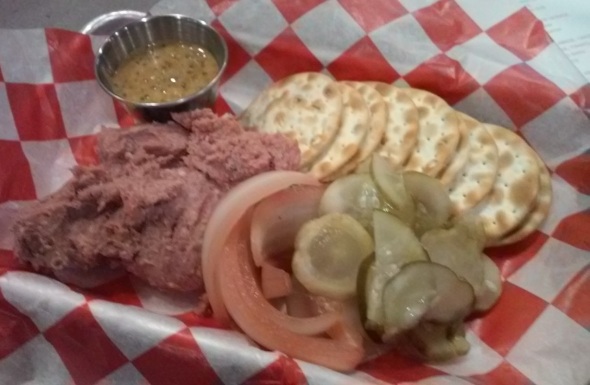 If this isn’t the best I have had it is up at the top. Most Braunschweigers are very assertive, they attack your taste buds. This one slips up on you and you can’t help but want more. I think the word sublime comes to mind. Another thing I discovered was Batch No 2 mustard. It is made locally as well. I have heard of it but have never tried it until today. It has an assertive start, to get your attention, but a more elegant finish with a slight hint of sweetness. A perfect partner to this sausage. Another home run. Overall I think this joint has a definite future in Indy. They are already in the process of re-modeling the space next door. They expect that to be ready by Spring 2019 in which case they are expanding their hours to 7 days per week. That is definitely something to look forward to.

This entry was posted on November 22, 2018 by Benson. It was filed under local sourced and was tagged with Braunschweiger, Calabria, chartercurie, pepperoni, salami.