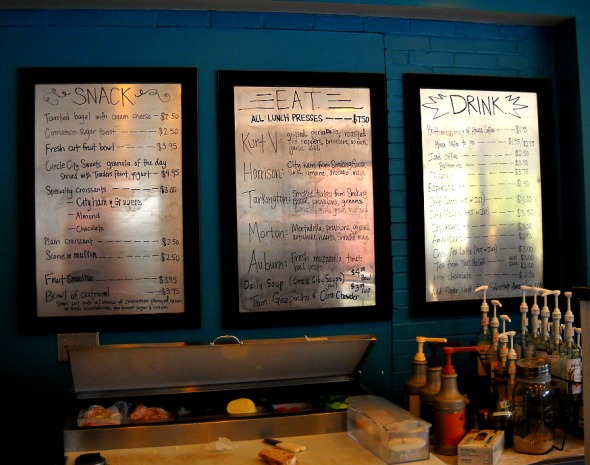 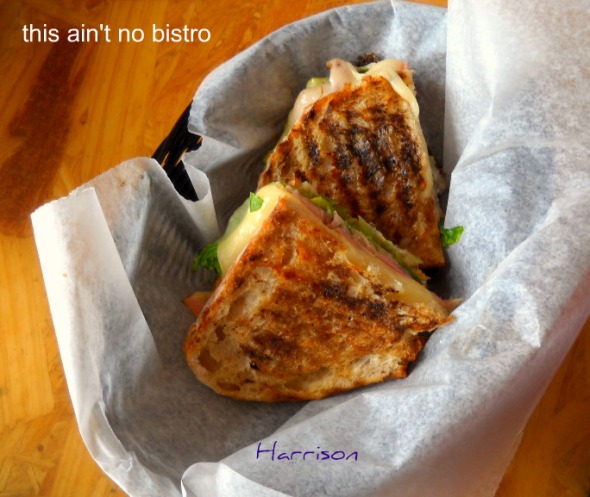 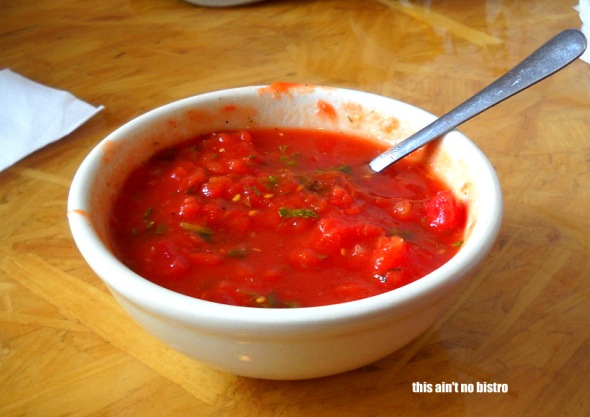 Pat and I have been very fortunate the last few weeks. Every place we have been to has given us a very enjoyable lunch. Good food pleasant surroundings and nice service. This week we decided to try the old point Tavern. It is located on Massachusetts Avenue. At the point where Mass. Ave. Intersects with Alabama and Vermont streets. This place has been open for several years. I have been there on numerous occasions just not to eat. First thing you notice about the menu is the lack of fried or grilled items. The only equipment they have in their kitchen is a microwave oven, conventional oven with stove top and cold tables. Their menu is pretty extensive, considering the lack of equipment.

We decided to try a different style for the blog. Instead of me writing for Pat he is going to write for himself. The idea being, he could write about his lunch later over a beer. He did get as far as the title. After lunch we change locations for beer and we both forgot for him to finish. As it turned out he wrote it at home and e-mailed me the copy. I think that is the way to go in the future.

No, Pat there wasn’t any cheese but you did add avocado.

I tried their pita, “sandwich”. It was indeed a curious collection of ingredients. The obligatory lettuce and tomato and avocado, cucumber and Havarti cheese, with dill. And the whole deal was spiced with Dijon mustard. The avocado and cheese were equally mild in flavor and the lettuce and tomato; while not adding to the flavor profile did bring a much-needed textural difference to the sandwich as did the cucumber. What really set the whole thing up for a trip to “flavor town” (apologies to Diners Drive-ins and Dives) was the Dijon mustard. For me, I still needed some crunch. So I added some of Pat’s kettle chips. My pita came with a fruit cup. Again another nice touch to fit the healthy meme they’re going for. I’d eat the same thing again. Next time I would substitute pepper Jack cheese and added some bacon. So once again we had another nice lunch . If you work in the area I highly recommend this joint for lunch. All the food items are quick pickups. The staff knows what it is doing and the outdoor seating offers some of the best people watching you could find. 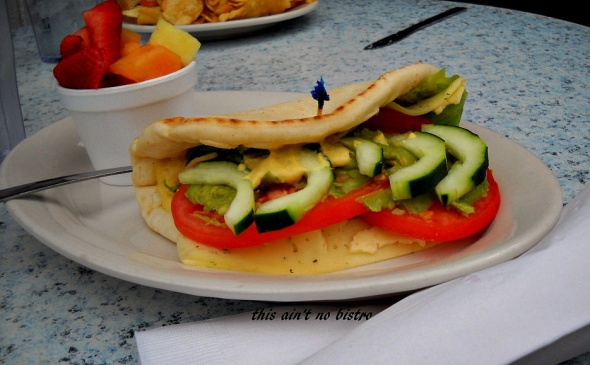