Going to a bowling alley just to have lunch probably isn’t commonplace. However, as usual, there is a story behind it. Last week a blogger friend and I were chatting,online,about the virtues of old-time drug store cheese burgers. She asked if they were similar to those found in a bowling alley. Well I don’t recall ever eating in a bowling alley so I had no point of reference. I did tell her, half-joking my mission would be to find an alley that sold cheeseburgers. Later in the week a friend called me and suggested that we give Beech Grove Bowl a try. Of course he had never been there,but he had friends who said that they offered a pretty good pizza and calzone. Well I usually trust his opinion on most things culinary so I thought it was worth a try. 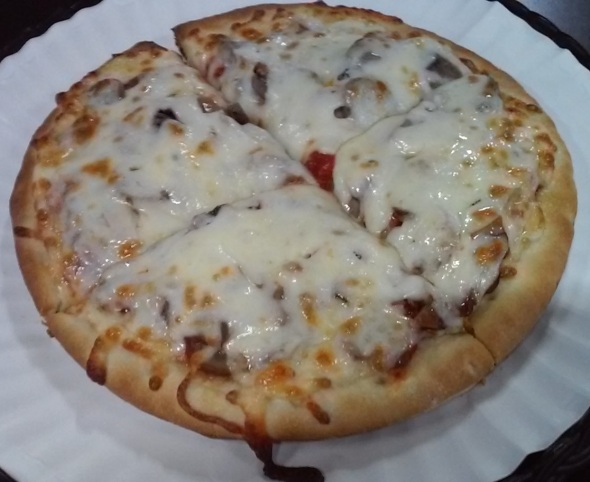 We had a nice talk with Scott,the owner. He has worked there over 20 years before buying the joint 5 years ago. He spent a great deal of time and effort sampling different crusts, and sauces before he settled on just the right combo. And in our opinion the effort was worth it. 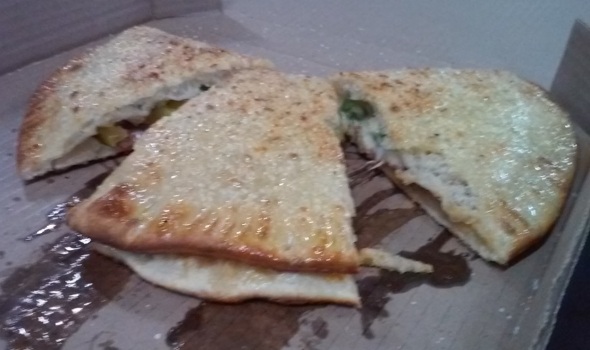 As for my calzone it was definitely the highlight of the lunch. They make them from a 10 inch dough round that they proof and then bake in an impinging oven with a conveyor. It is offered for $7.99 with up to 3 toppings. The result is delicious. They brush the whole thing with garlic butter and the result is at least as good as Three Wise Men; and cheaper. 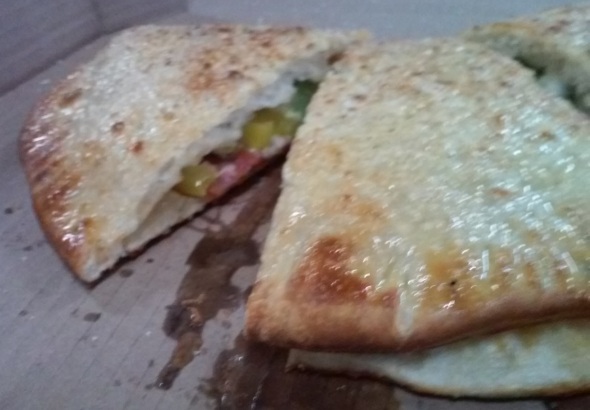 As for the rest of the menu it is pretty much what you expect at most pub and grubs. I am including a link to their site.

I also got a cheeseburger. After all that was the reason for my search. 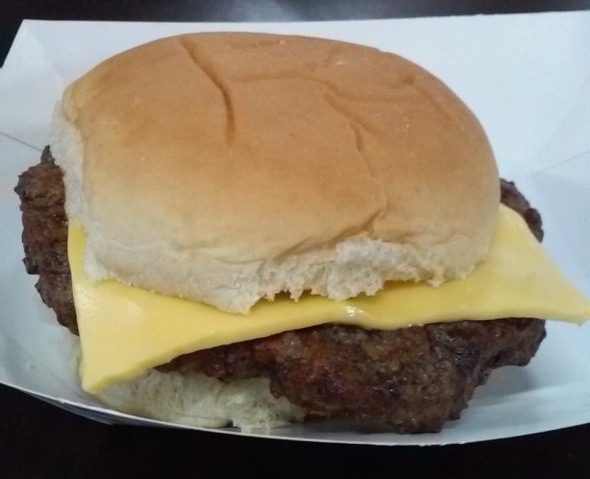 There isn’t a whole lot to say about it. A one-third pound patty cooked to well done,topped with a single slice of American and placed on a rather generic bun. Not bad but overpriced at $5.50. I think a better deal would be a BBQ or a Sloppy Joe sandwich,they are both under $4.

So I think this place might be a place to go for a pizza or definitely a calzone. Even if you don’t bowl they have pin ball and Golden Tee Golf. They also deliver,and as Pat already said,they have beer. It is about a 13 mile trip for me and I really think it would be a place to go back to.