In Indianapolis there is a legendary steak house. Home grown and operating since 1902 and still going strong. It is known for aged prime beef and an equally legendary shrimp cocktail. One with a sauce so hot it lingers in your mouth and memory for ages. It is called St. Elmo’s and about 10 years ago they opened a more casual affair right around the corner on Georgia Street, called Harry and Izzy’s. They are open for lunch and offer a prime beef Angus burger. Last year St. Elmo’s announced they were opening another joint right next door featuring nothing but burgers. Well Burger Study just opened last week.

All of their beef is ground Prime beef. A couple of their burgers made of St. Elmo’s dry aged beef. But we were happy to try their “regular” burgers. But before hand we ordered a fried avocado appetizer for $8. 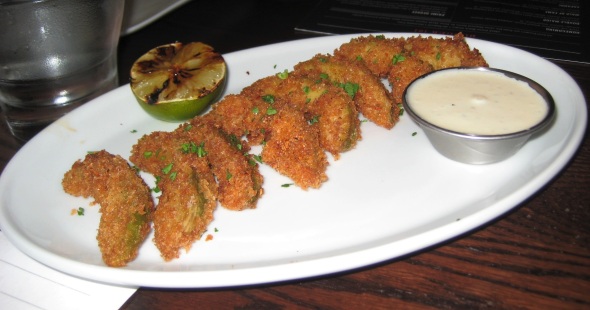 Pat or I have never had fried avocado before so we were pretty excited to try them. Unfortunately the results were less than stellar. Some of them tasted burned, as though the fry oil was bad. It was strange not every one tasted bad but it impressed me enough to know I won’t be ordering them again.

They have a “build your own burger” offered on the menu for $9 with cheese for $1 extra. That is what Pat ordered. 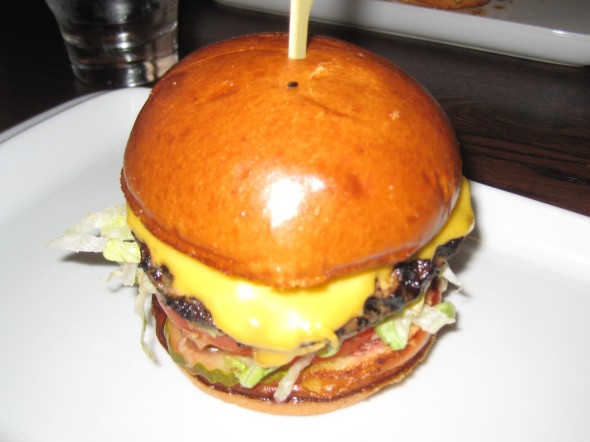 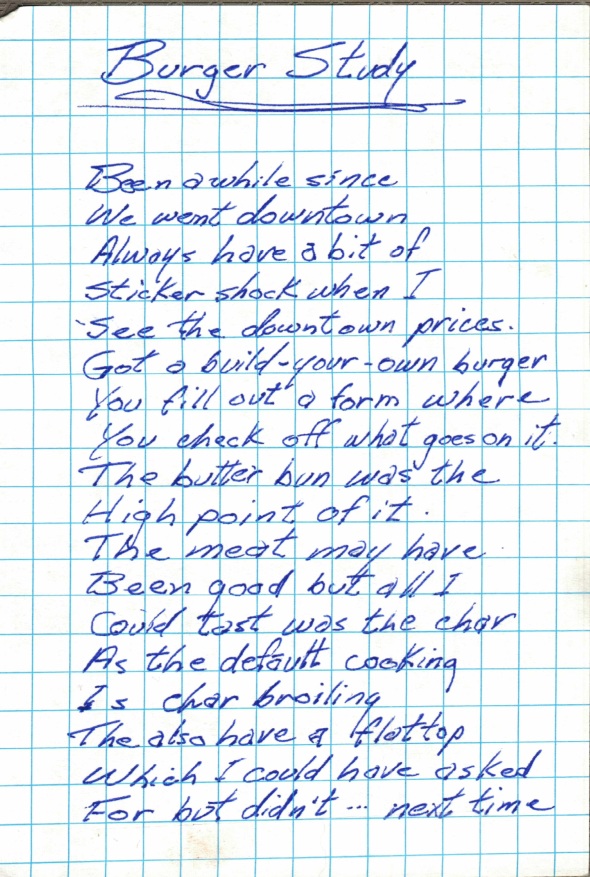 I opted for the $13  HOMECOMING. Thick-cut, root beer glazed bacon, smoked Gouda cheese, tomato, lettuce, mayonnaise. It was an outstanding sandwich and a great piece of beef. I don’t find the char off-putting so I enjoyed mine more than Pat. One thing I couldn’t help but notice was that the cheese looked pretty orange for Gouda. Regardless of the cheese it was an excellent sandwich and the only reason I probably wouldn’t order it when I go back is because I would like to try one of the other burgers. 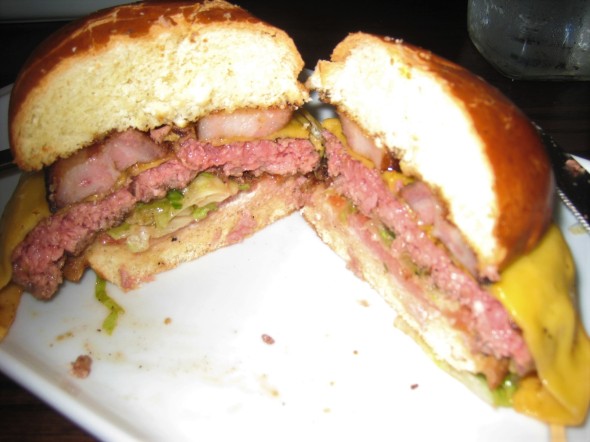 I really have my eye on the   DOCTORATE. St. Elmo Steak House dry-aged beef topped with foie gras, triple-crème whipped brie, arugula, Dijon mustard, and caramelized onions on a sesame seeded brioche bun   30. That would be a burger for the ages. And at 30 bucks it would be a burger for a lifetime. I think I have tried all the burgers offered downtown and these guys put out the best. So a return trip is definitely in my future.

Well we have a new brewery in town. I think that brings the number to an even 2 dozen. Some say this influx will glut the market; I say; is it possible to have too much beer?.

Last week after lunch at Black Diamond we stopped there for beer. 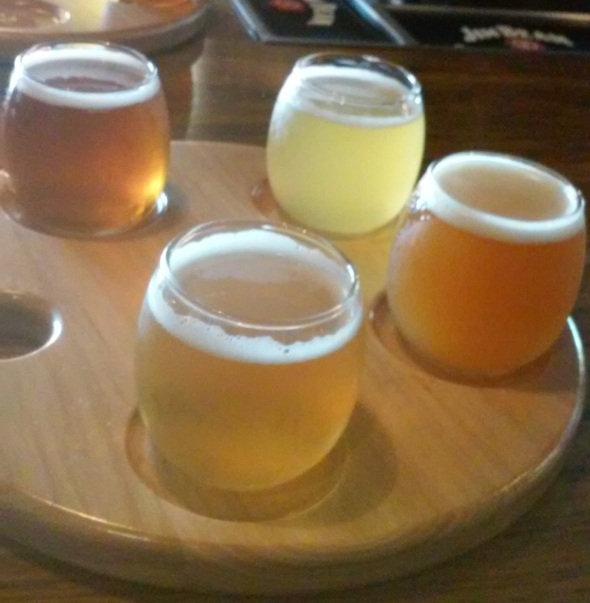 The place is a looker. Expansive with high ceilings,exposed brick and interior garage type doors to separate the different dining spaces. They also have a beautiful outdoor seating area,complete with bocce ball court, herb gardens and even bee hives for their brewery. 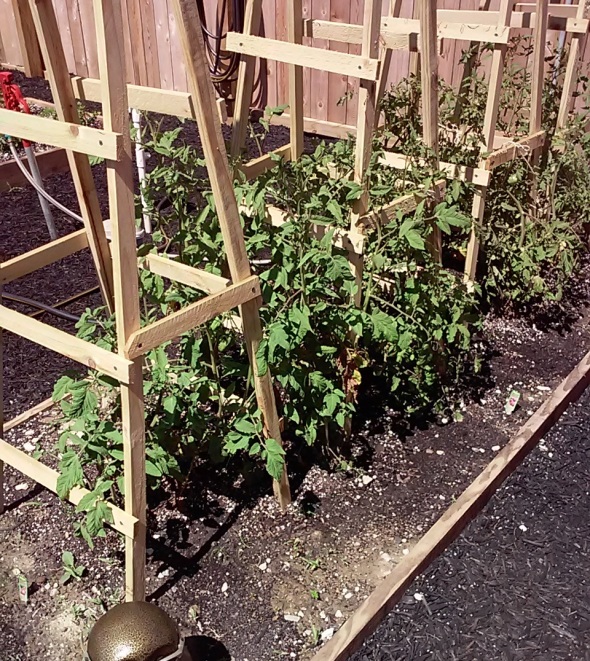 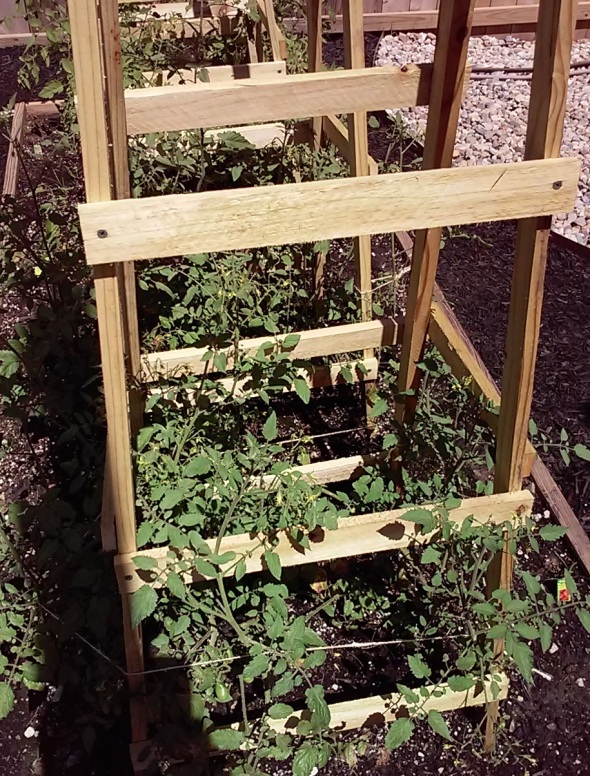 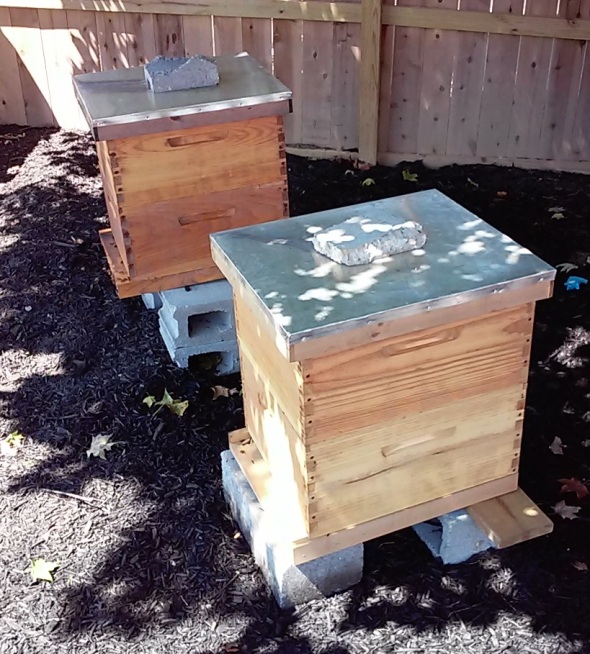 The menu they are currently using is a pared down version of their opening menu. As I was told the kitchen had trouble keeping up with the huge rush of the hungry and thirsty. So they trimmed the menu down with plans on adding more options as the crew became more proficient.

Their house soup is Tomato soup with bacon and Creme Fraiche. A cup is $3.99 That is how I decided on starting my lunch.

The soup was really good. A nice bright tomato presence with a hint of herbs and slight creaminess. The addition of bacon is always good and the slightly tart creme balanced it out nicely.

As for the entre the only thing I was sure of ,was that I wanted to try their onion rings. For that reason I ordered a grilled chicken sandwich. Normally I don’t order chicken breast out. The boneless,skinless breast can be a pretty boring piece of meat. What sold me on the Coop sandwich was that they added Gouda cheese and apple slices to the chicken and served it on a Brioche bun.The resultant sandwich was really good. The basic sandwich was $10.99 and for onion rings you pay an extra dollar. The rings were excellent. The batter they make is great and the result is crisp and tasty. 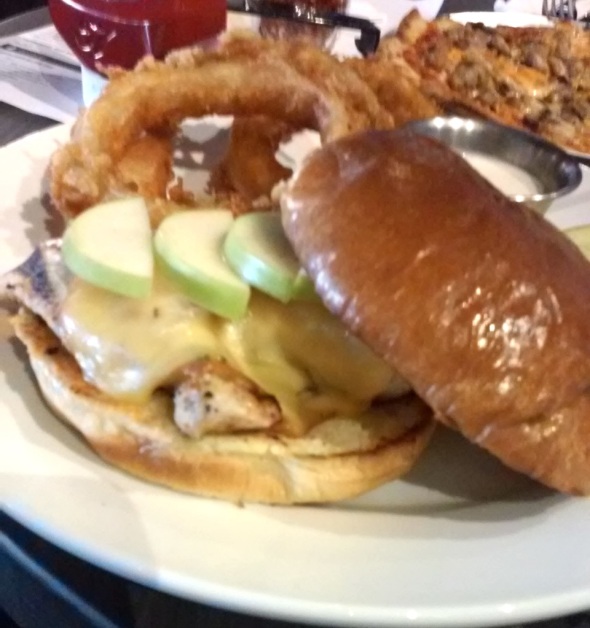 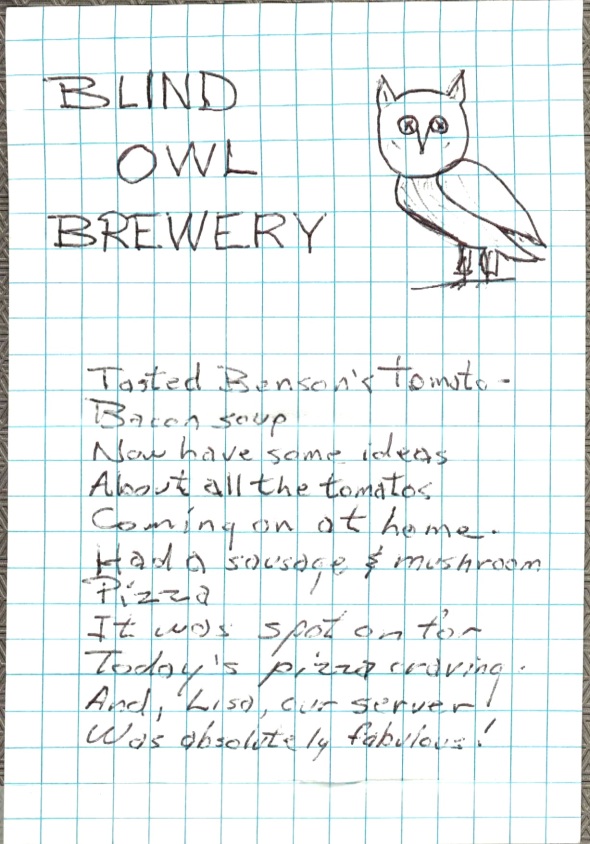 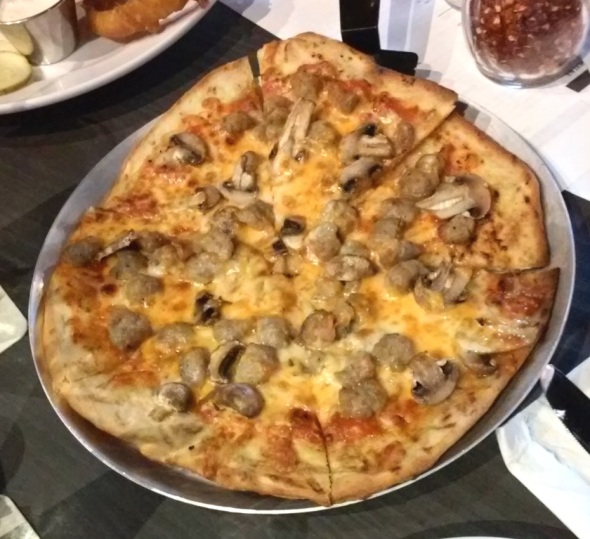 Pat’s pizza was about $12, and you might notice that they use a cheese blend for the pies. Personally not a big fan of cheddar on pizza. I do agree with is assessment of Lisa. She was a perky delight.

The whole joint is just what you expect from a Lux restaurant. A well-trained staff and nicely crafted food. Oh and the beer is pretty great too.

This joint is on the Canal walk. Which means it is tough to find the first time. There is a parking garage above the it and they do validate the parking. So it is free to park. Just don’t be confused by the credit card only sign. You can get a ticket and then go ahead to the parking area. Don’t. I repeat don’t back up and go park someplace else.

As for the place itself it is really nice. Oak wood throughout. A charming and cozy little place. With a killer out-door space right on the Canal. 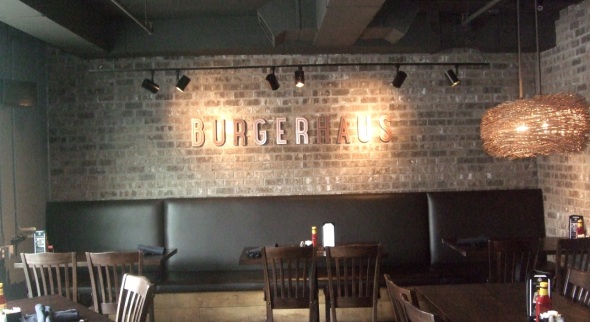 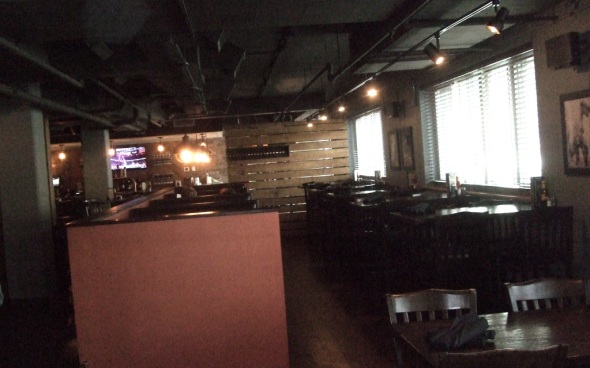 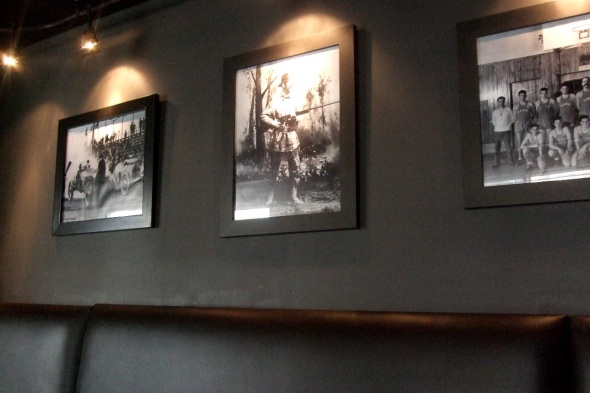 They have a little bar in the front. We chose to sit in the dining room. We thought it would lessen the temptation for beer drinking. As the name suggests they offer burgers. They have a proprietary blend of local source meat portioned out into 1/2 pound patties. I had a few questions about the source of the beef, and the buns. Also what was in the slaw etc. Unfortunately our server,Suzy had only been there 2 weeks so she did not know.

Now Suzy did a bang up job in service, I just would like to see more knowledge of servers about the stuff they are trying to sell. So maybe the bosses should stress that a bit more.

Well as for the burgers. They really and truly rock. 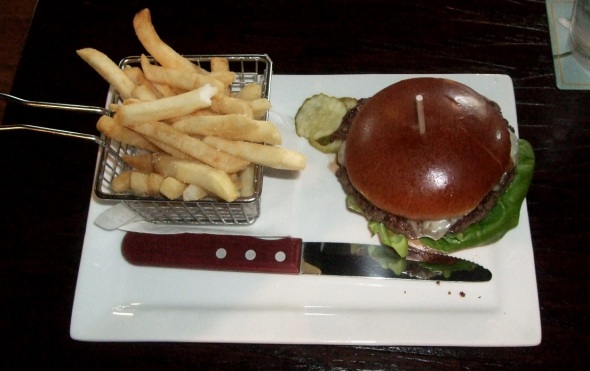 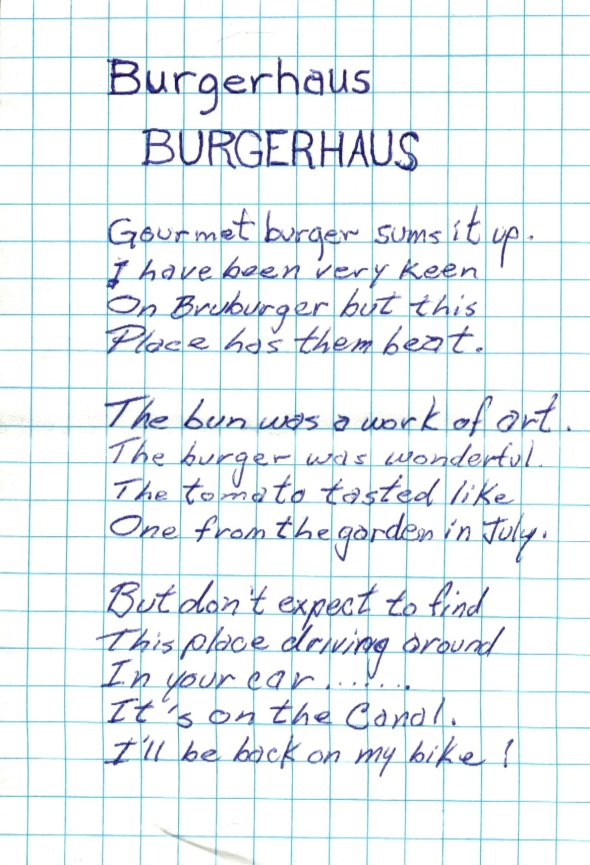 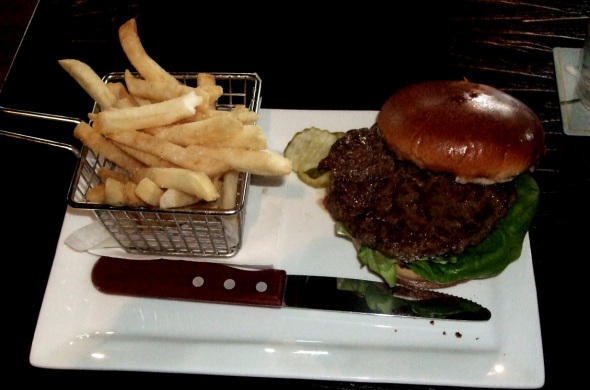 Their Haus burger is served on a Brioche bun with butter lettuce , tomato and red onion. Also with a choice of “typical” cheese and fries or coleslaw. All this for $9.50. In some areas that is pricey. Downtown it is, unfortunately typical. 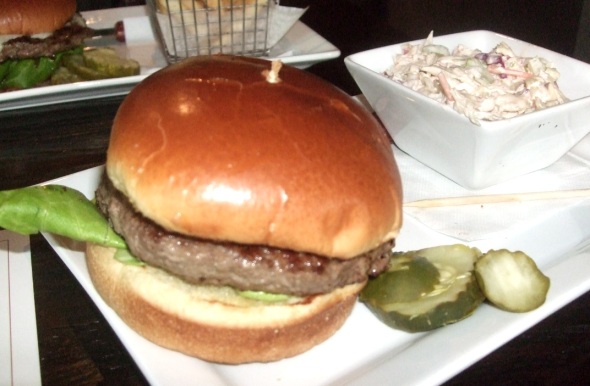 I ordered my burger mid rare. And that was exactly how it came out. 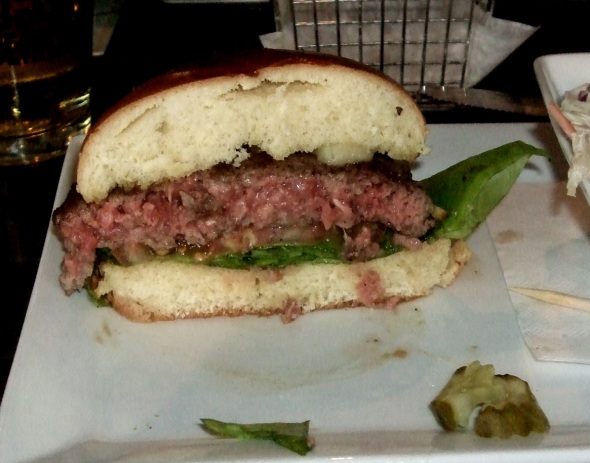 It was a delicious piece of meat and bun. Simple food is so wonderful. This was one. I must say this. They offer more exotic cheeses as an option for a $1.50 upcharge. I opted for Brie. Now that was a mistake. 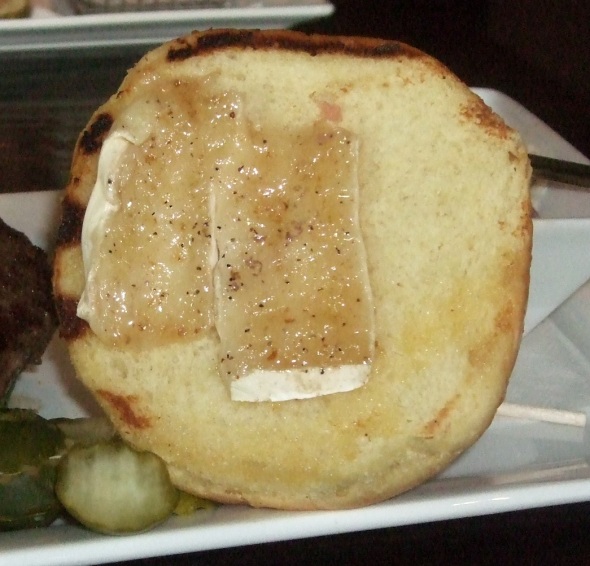 The Brie was okay. The portion was not. I think that this burger is best served sans cheese. If you feel as though you need a bit of dairy just go for the more typical options.

They have other stuff on the menu. Salads and such. But if they have Burger in its name. What does that tell you. They also have a Burger of the month, and you can sub a portabella cap for any burger for no additional charge. So this is a serious Burger joint. Enjoy.