This is a little hole in the wall in a strip mall that is supposed to have some good Q.

It is also a neat and tidy little joint.

I especially liked the window treatment. How often do you see curtain sheers and swags in a business?

Or an aquarium;outside of a Dr.’s office.

As cozy as the spot was we were quickly disappointed. They were OUT OF Q. It seems they took the last 3 days off for New Years and were building their inventory. I think Pat was more bummed than I. They serve breakfast all day so he was somewhat placated with a bacon platter. 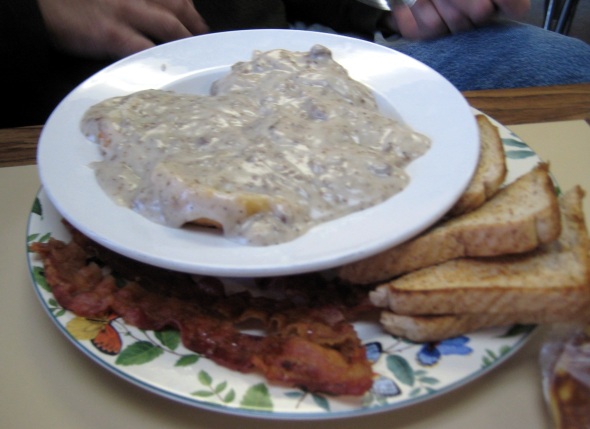 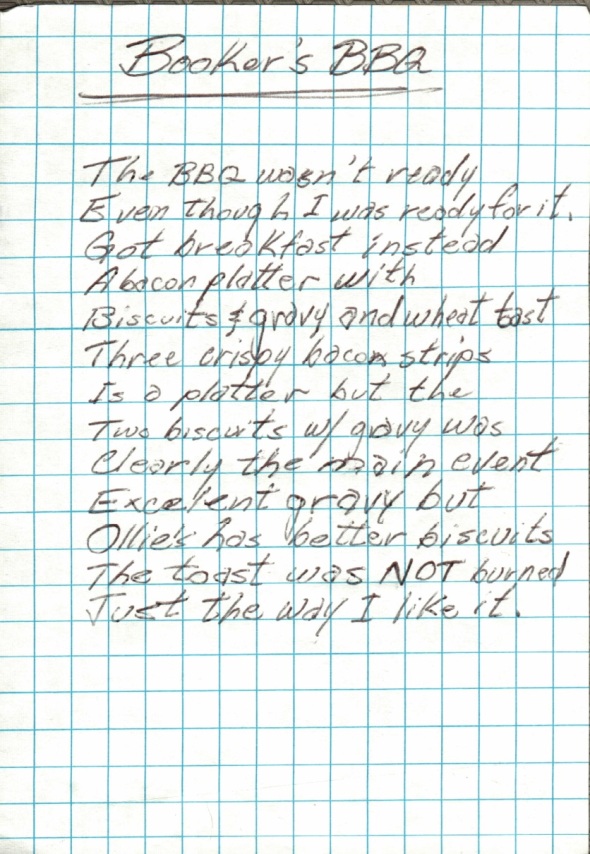 I had an easy choice. Their House Burger. That is a “big” burger patty filled with peppers and onion; like a meat loaf. Then topped with cheese. I had no idea how big until I got it.

It was a full pound of meat and I liked everything about it. From the crisp exterior to the peppers and onions inside. From the processed cheese to the over sized toasted bun. It was a guilty treat. As much as I enjoyed it I could only eat half.

Bookers has very reasonable pricing; both of our lunches were $7 each. Frankly I don’t see how they can put out a one pound burger stuffed with onions and peppers for 7 bucks.

Will I be back. Of course. I have to try their BBQ. 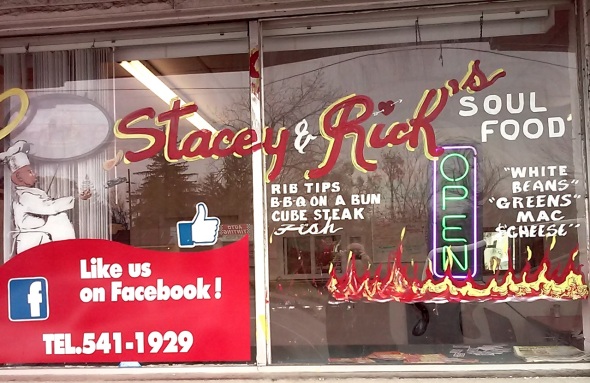 This place is primarily a take out meat and two joint. It does offer 2 booths on opposing ends that will accommodate 8 bodies; if they know each other well. Their small meals are a reasonable $10.

I decided on a small tip dinner with greens and mac and cheese.

Well the tips they serve are some of the skinniest I have had in a while. The meat was still tasty,just not a whole lot of it. Their sauce seemed to be a mixture of a prepared BBQ sauce doctored up with some hot sauce. Nice flavor just pretty commonplace. The greens were pretty good,hardly if any meat but they still held that hearty greens taste. The mac and cheese was pretty boring though. Cooked macaroni and a weak cheese sauce. The corn bread tasted like Jiffy. Which is fine with me,I like all types of corn bread; Jiffy included. 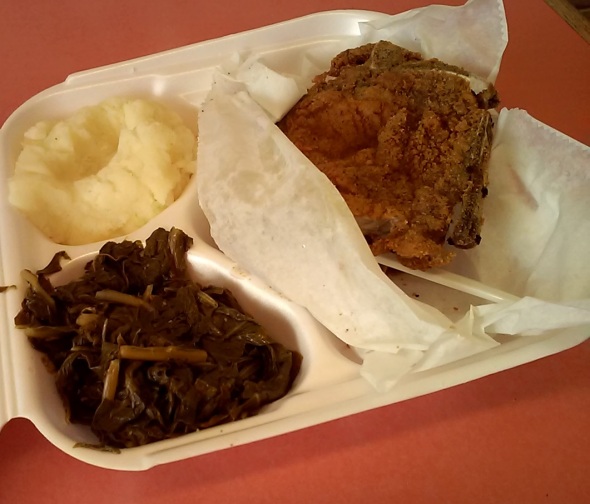 So I would give this place a 3+ out of 5. Good greens and decent cornbread and a fried pork chop that Persnickety Pat liked. I am sure their other food is at least as tasty,it just isn’t a destination for me. However I think if it was in my neighborhood I would try other things if for no other reason than curiosity. And to support local independents.