This is pretty new. It is in a spot that was home to a couple of other eateries; if sign remnants are an indication. Basically it is a diner. Diner is culinary slang for stuff yourself at a resonable price. One of the draws to this type of joint is that breakfast is available all day and how many times have we wanted breakfast for lunch. Well Pat was that way today.

I was taken by their lunch specials; especially their sloppy Joe sandwich with chips for $6.95. The unique thing about these was they all came with choice of soup or salad. Their soup was loaded potato soup. Creamy potato soup with cheese and bacon sounded great for a chilly day.

It was a very good soup. Not elegant but basic. Hot and comforting, like soup I had as a kid. Expecting a normal size omelet for Pat and sandwich for me we opted for a half order of biscuits and gravy to share.

The biscuit and gravy was pretty good. Very creamy and loaded with sausage. When my sandwich arrived I was rather surprised with the size.

I had expected a standard size bun but I received a huge bun loaded with meat and sauce. I am a big fan of Sloppy Joe and this was one of the better ones I have encountered. It wasn’t as wet as I prefer but definitely worth doing again. We got a lot of food and spent less than 25 bucks, tax included. Also that included the price of coffee and tea. So we had an excellent lunch with super service for a reasonable price. Check it out if you are in the area. 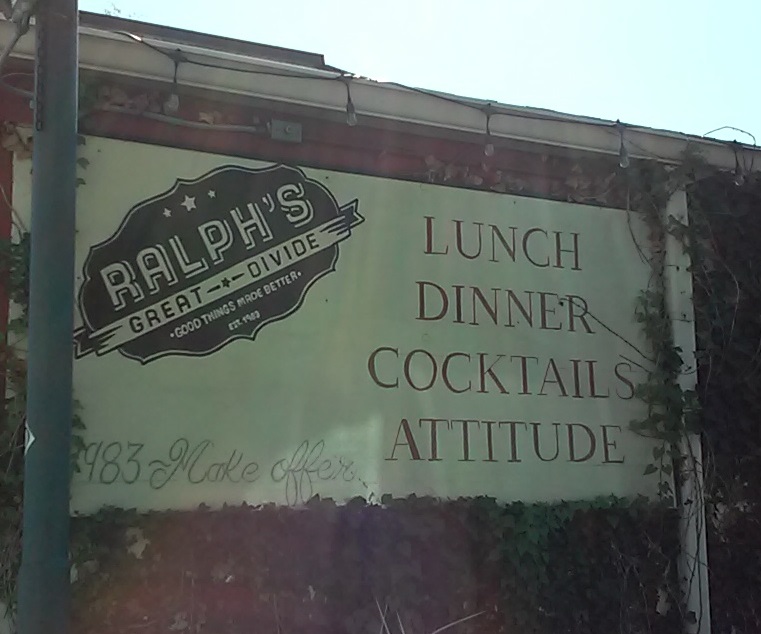 Another old school joint I haven’t been to in a while. They are noted for their house made pies and creamy potato soup, but you really need to try the ham. The soup comes 3 ways. Plain, Hot Pot Aug (as in Ah Gee) which is covered with cheddar cheese or the Hot Pot Pig. As you can imagine the Pot Pig has bacon and hot pepper cheese.

Going in I knew I needed to save room for pie so I ordered one of their combos. A half a ham sandwich and a cup of Hot Pot Aug soup.

Their pit ham is bourbon glazed so that should get your attention. The result is delicious. It makes for a nice and simple sandwich. As good as the ham was the soup stole the show. It had an excellent consistency and the sharpness of the cheese paired nicely with the subtle richness of the soup. It was a tandem I would definitely enjoy again.

For dessert I opted for a slice of Butterscotch cream pie.

It was every bit as good as it looks. Flaky crust and a rich Mousse like filling. It was definitely worth the calories. 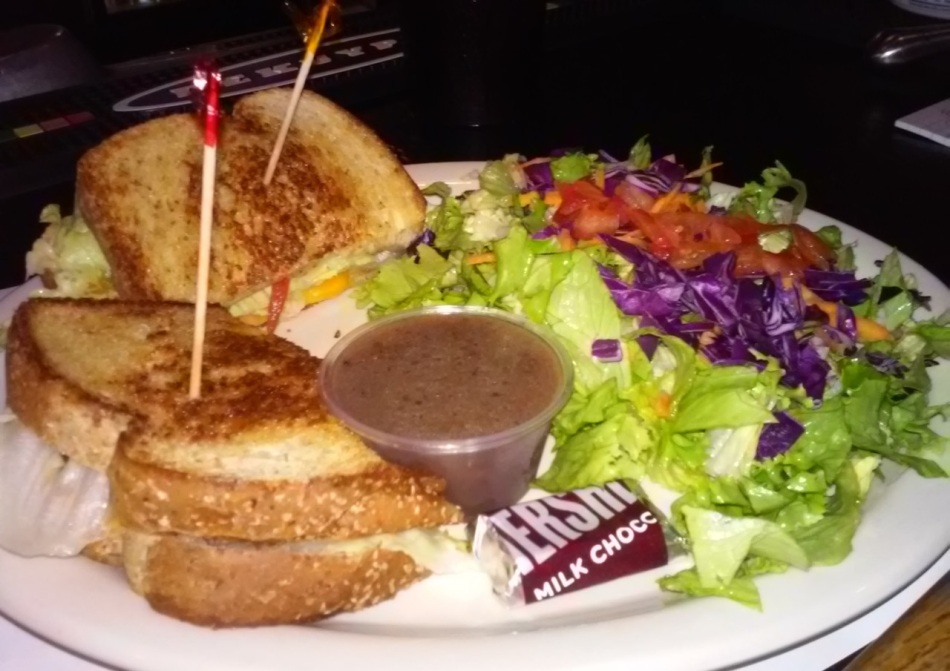 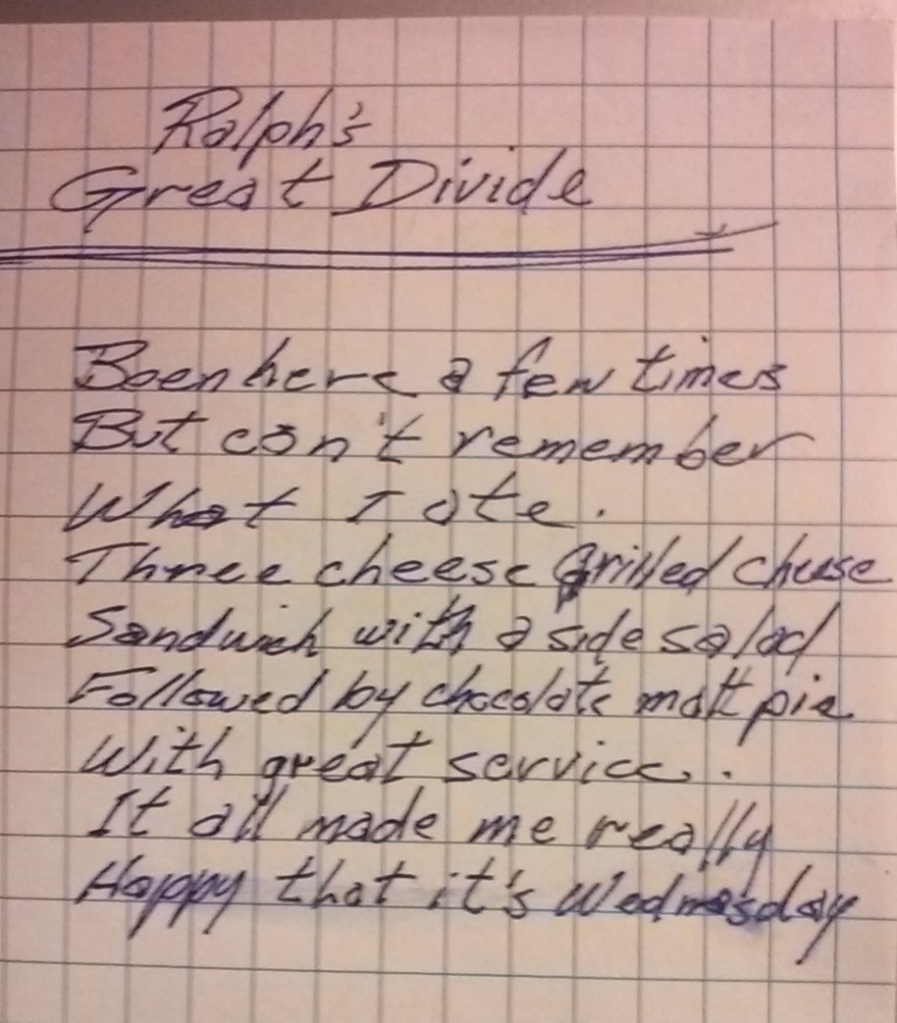 As good as the food was I think the service we received may have been even better. I would like to thank Samantha and Libby for their courtesy and hospitality. Next time I am trying the Hot Pot Pig. I am also sure to have some pie. 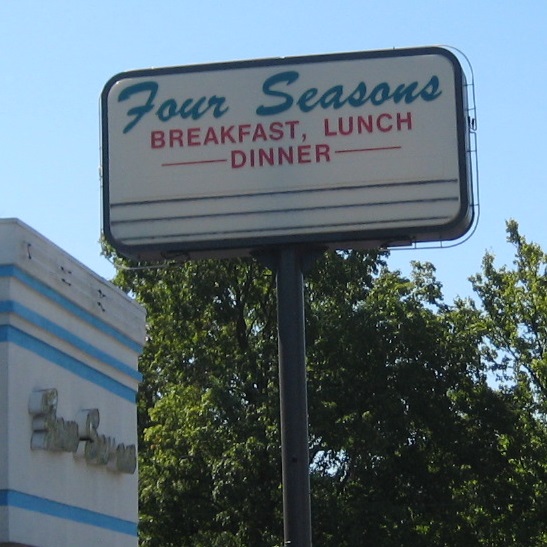 These must be the Four Seasons greeting you as you enter.

This is a small diner that offers decent food in large portions at a most reasonable price. Nothing fancy or elaborate.

I resisted all the breakfast specials, and the chipped beef and gravy and decided on more typical luncheon fare. Liver and onions for $7.49. It is served with a choice of soup or coleslaw. This joint always has 2 soups; everyday. Today’s offerings were Lentil and Cream of Potato. I chose Potato soup 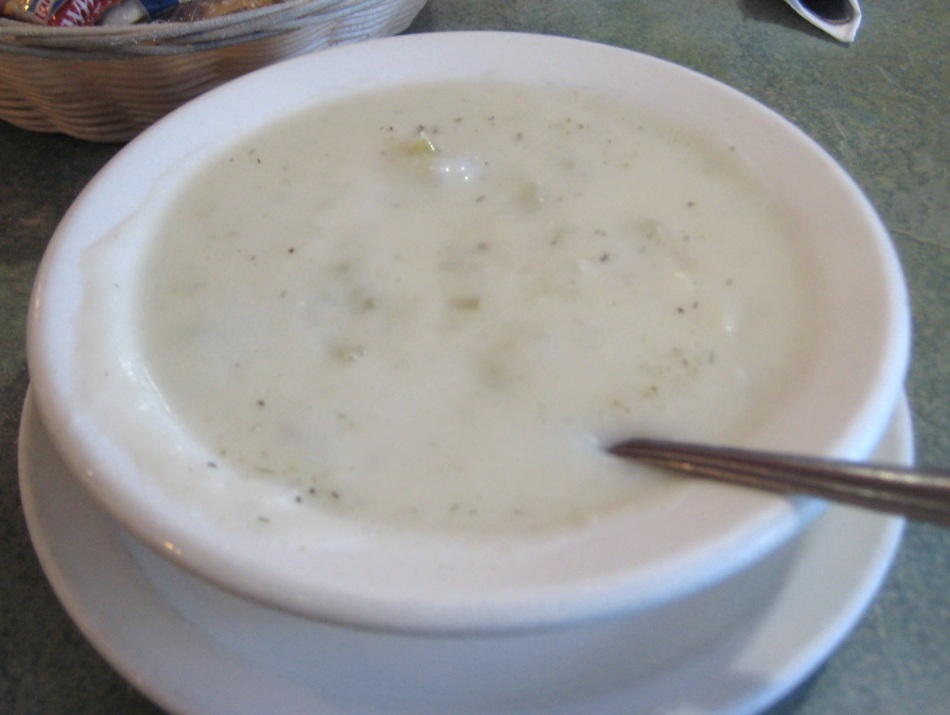 It was a big bowl but it was pretty bland. Salt, pepper and crackers helped but it could have used some work in the back of the house. The liver;however; was more than decent.

It was a big piece and although too thin to cook mid-rare it did come out a solid medium. With the exception of a couple of “veiny” parts I could cut it with my fork. The onion had a nice color and carmelization which is always welcome. The mashed potatoes and gravy were okay, nothing to rave about.

I agree with Pat’s assessment. Not necessarily a destination but a viable option for dining. I would like to try the chipped beef and gravy; not too many joints offer that around here. As big as the menu is I am sure you can find something to interest you. 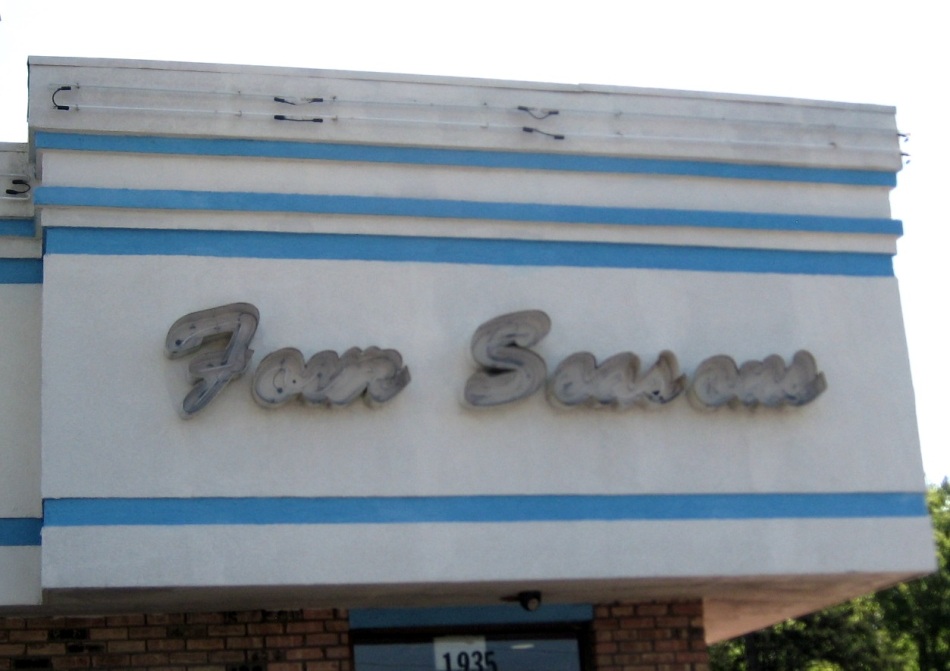