This place has been home to eating establishments for probably 40 years. So three joints in about 40 years is well above the average life span. Of course I don’t have any idea how many years; if any the property set vacant.

It is an oddly shaped building that reminds me of a Gazebo. I should have taken some outdoor shots but didn’t. Their menu has a few surprises on it but it is mostly the predictable Hoosier seafood.

The new owner is a retired LEO from California so we had a good time talking with the man. Being gun enthusiasts we talked both guns and gun ranges with him. He was born in Indy and raised in this neighborhood and he wants to do his part in its revitalization.

Most of their fish are available fried, grilled or blackened. Also their meals come with hushpuppies but they only give up two per meal. I ordered a catfish meal for $10.99 with the fish blackened and for my 2 sides I opted for coleslaw and an extra side of hushpuppies. 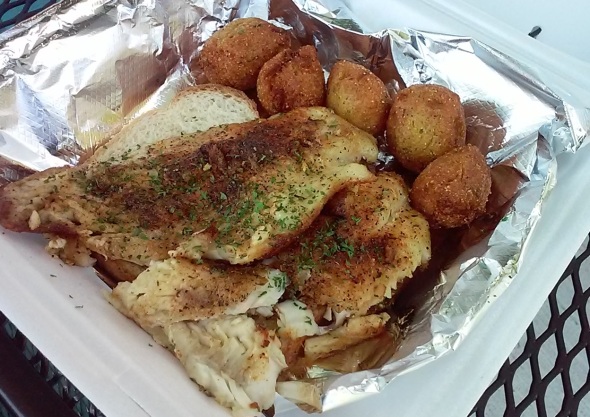 Even with an additional side I only got 6 pups. That is unfortunate. Joints around here are so frugal when it comes to giving out pups. The fish was pretty good. It wasn’t truly blackened; in the traditional sense of the term. It was cooked on a griddle with some Cajun seasoning. The fillets were probably about 4 ounces each which give you a decent size meal. The coleslaw was sweet and creamy which I like. Overall I liked my meal. On any return trips I am trying their fried fish. They use a batter with a touch of cornmeal in it. That sounds interesting. 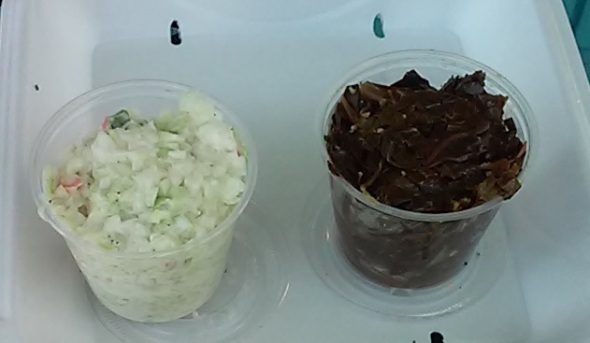 Don’t let the container size deceive you. Both of these containers hold a good 4 ounce portion. An amount I think is adequate for a meal. His whole meal was $14.99, which I thought was high, but shrimp is always expensive when you eat out. That is why I prepare shrimp at home.

Overall this is a good choice for your seafood fix. I believe they have $7.99 specials for lunch featuring a sandwich, fries and a drink. Which is definitely competitive with the arches.

The building that houses the Patio used to be a fast food place.( Arby’s?) Now it is a some of this, some of that Mom and Pop joint. The menu is extensive. They called themselves a Mediterranean Restaurant. Well they have that covered with Gyros and pizza. They also toss in a few BBQ items, some Mexican choices as well as fried fish, burgers and Tenderloin. A big menu. The Gyros were recommended but we felt more like BBQ. 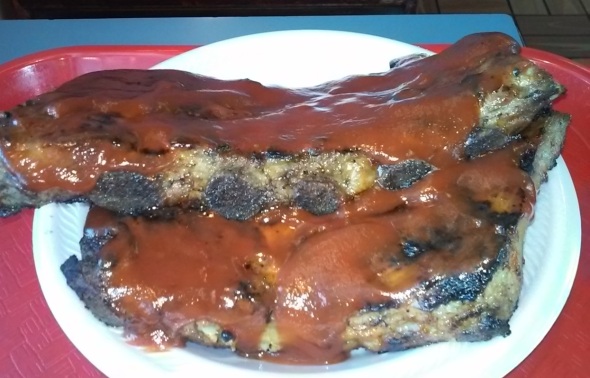 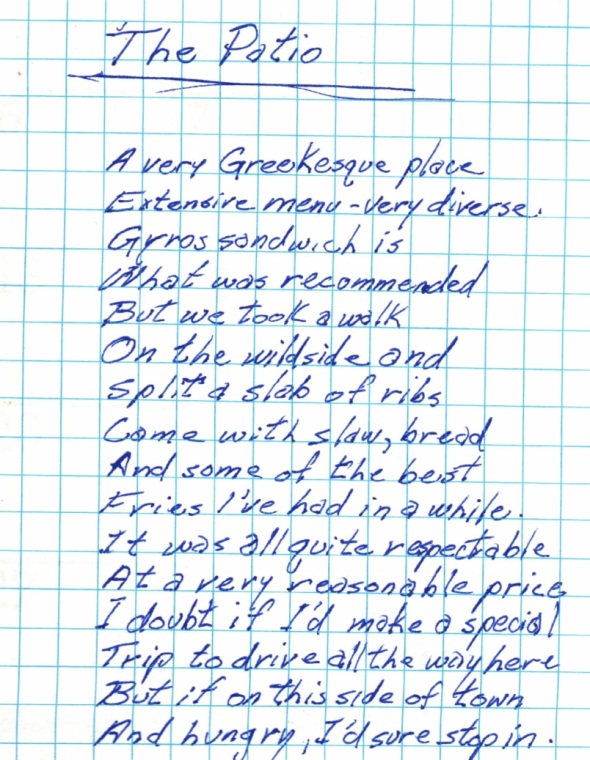 This is not a place I would normally order ribs from. To me ribs cry out for a smoker and this place has none. So they would be baked; hopefully not boiled beforehand. Well I think they were boiled a bit before baking but they were still pretty tasty. They reheated them on a flat top and then sauced them. The meat wasn’t falling off the bone but you could separate the bones with a plastic knife so I think they passed the tender test. I was surprised at how meaty the ribs were, often spare ribs are a bit sparse. The slaw was very good. A mayo based dressing with a bit of vinegar that gave it a very nice acidity. I agree with Pat about the fries. They were fried perfectly. Crisp exterior and tender in side.

The only weak link would be the toast. Their attempt was laudable ( a touch of rosemary ) but it could have been toastier. However in the operators defense he may have felt hurried. Pat was up to retrieve the food prematurely so the guy may have felt like he had to sell it asap. However you could make a point he should have dropped the bread sooner. But that is such a nit I won’t attempt to pick it. Any more than I already have. 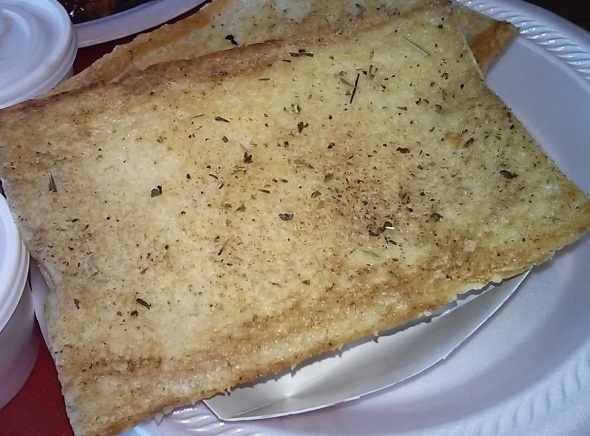 All of their prices seem more than reasonable and as big as the menu is if you can’t find something you want you aren’t hungry.