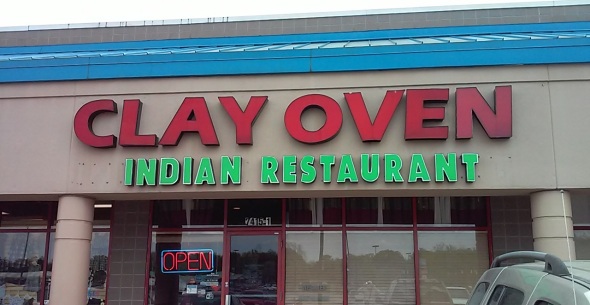 This little place sits in a strip mall on land used for the US 31 drive in theater when I was in high school. It is probably an improvement. It is a buffet that only costs $10; which is probably what got Pat’s attention.

Like most buffets taking pictures is difficult. I took selected shots of the buffet line first thing. 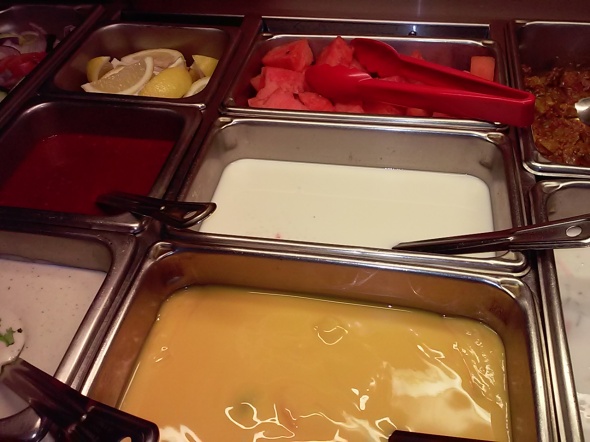 This is the cold section featuring Indian raisin pudding and fruit custard. 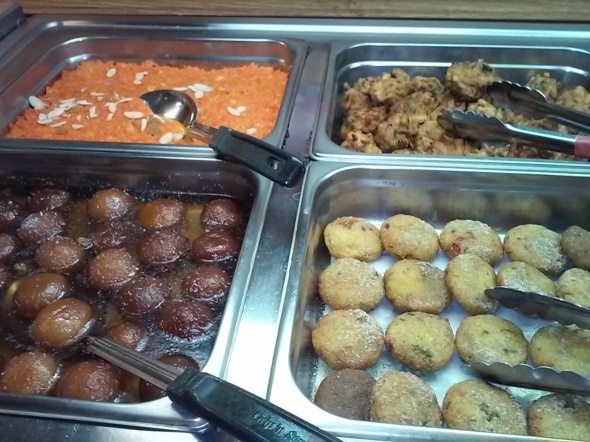 I took a picture of our first plates but regardless of that old saying about eating with ones eyes when you are at a buffet you pick your dishes according to your hunger not your aesthetics. 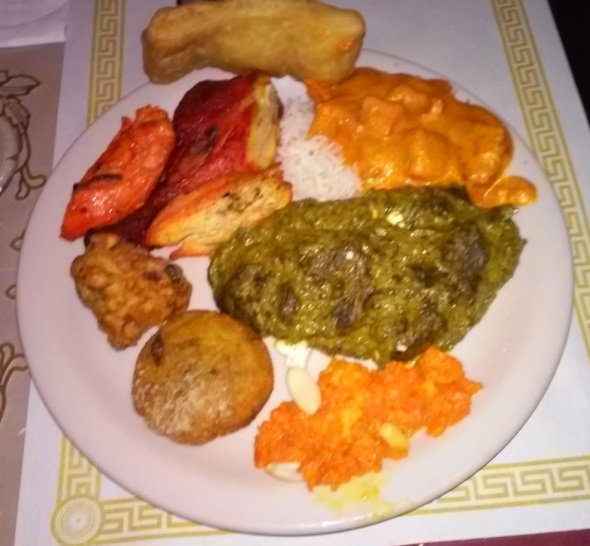 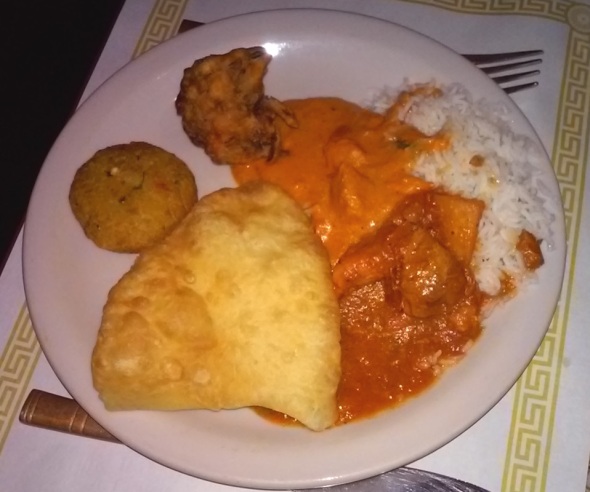 I have a slight familiarity with common Indian dishes; nearly all through buffets. This is the most complete buffet I have been to. In addition to the dal dishes and Tiki Masala and Vindaloo they offered Potato cakes and vegetable fritters. These were all fried in a Garbanzo bean batter. They were quite tasty but required a sauce. That is what the various chutneys are for.

I had two large plates but still had room for something sweet. They offered my favorite Gulab Jamun. A spongy milky ball simmered in a sugar syrup. Delicious. They also had something I was not familiar with. Rice pudding and fruit custard. The pudding was thinner than that I am accustomed to but was excellent. Their custard was outstanding as well and the added fruit was a bonus. I don’t know that there is a better Indian buffet in town. 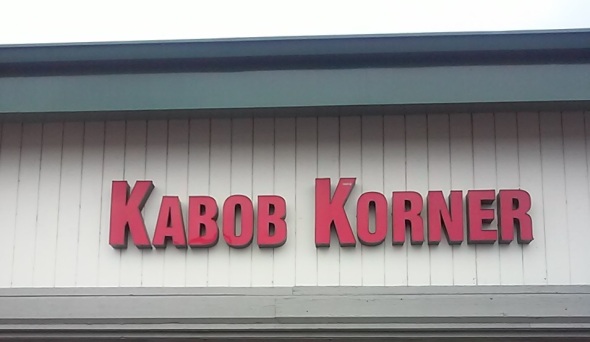 Cute name isn’t it. I have never had Nepali or Afghani food before,so that is why we decided on Himalaya. When we arrived we were surprised to find a $10 buffet. We also learned that the place had new owners;as of September 1. A Russian married couple. The chef was the same so the food would not miss in the translation. The buffet line was small but nicely done and well stocked. 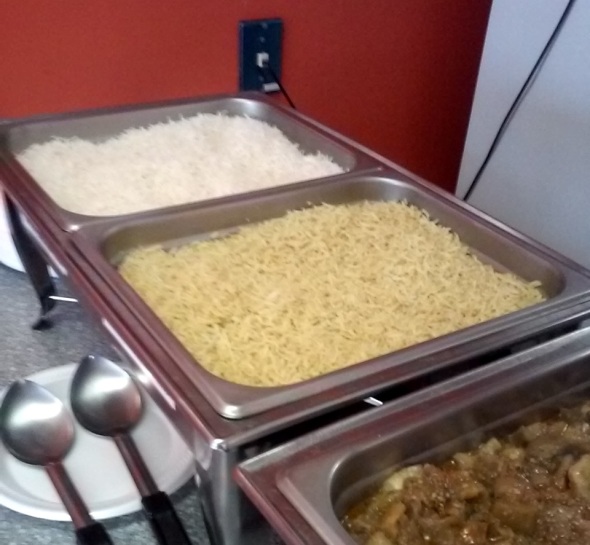 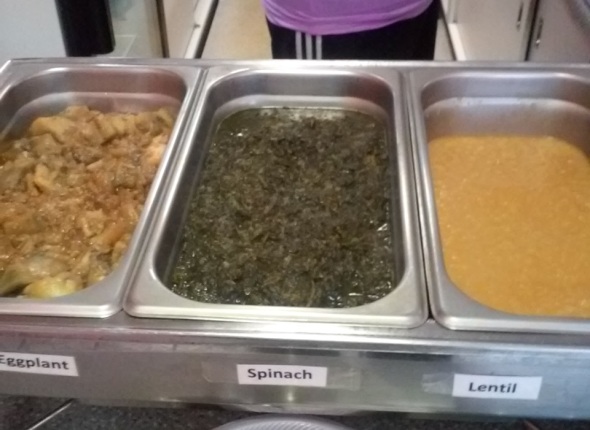 I was impressed with the quality of the preparation. Each dish was impeccably seasoned. No one spice took control and none of the dishes were spicy hot. I especially liked the spinach and lentils. However I couldn’t find one single weak link. They offered kabob options,sans skewer in chicken and ground beef. 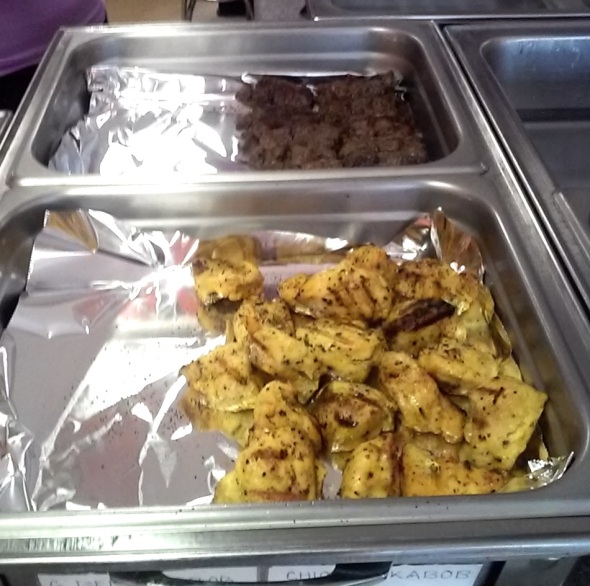 The beef was really nicely done. Little torpedos of meat that still had a touch of pink in the center. The chicken in tomato sauce offered a bonus as the sauce was a good cover for the Jasmine rice. 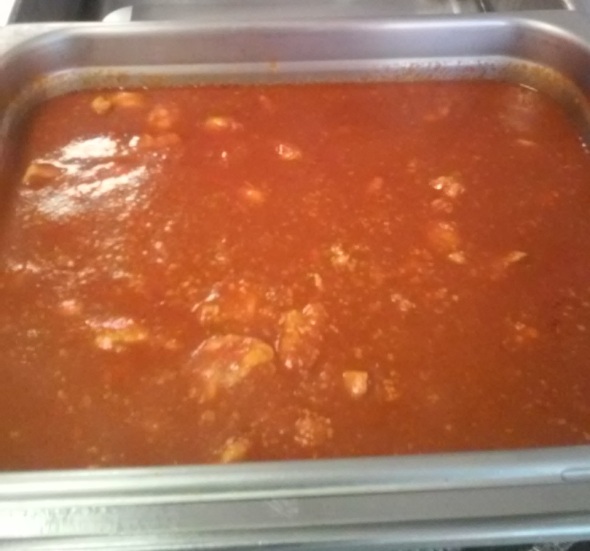 Before I forget they have an excellent chicken noodle soup. A goodly amount of noodles in a wonderfully tasty broth. 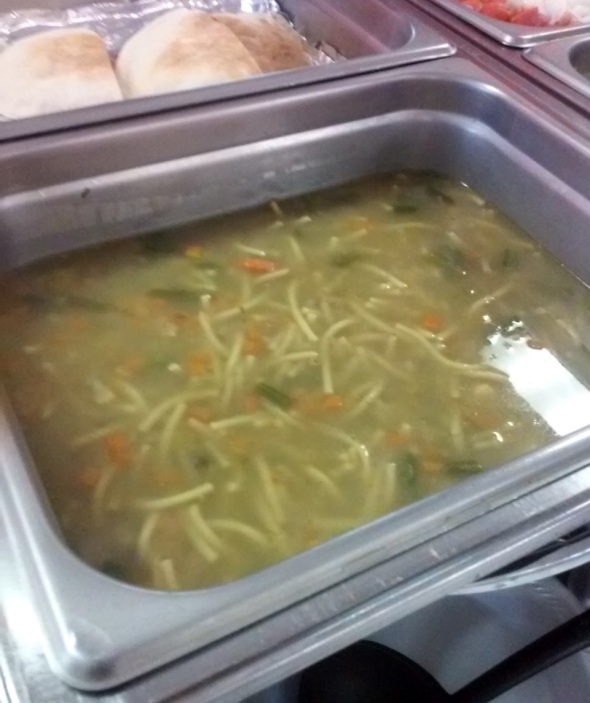 They also offer a dumpling I believe it is called a Manto. Seasoned turkey and the only dish with onion in it. It was superb. No pictures though. One last thing. As we finished the owner brought us a piece of fresh Baklava. It was the best I have had so far in town. 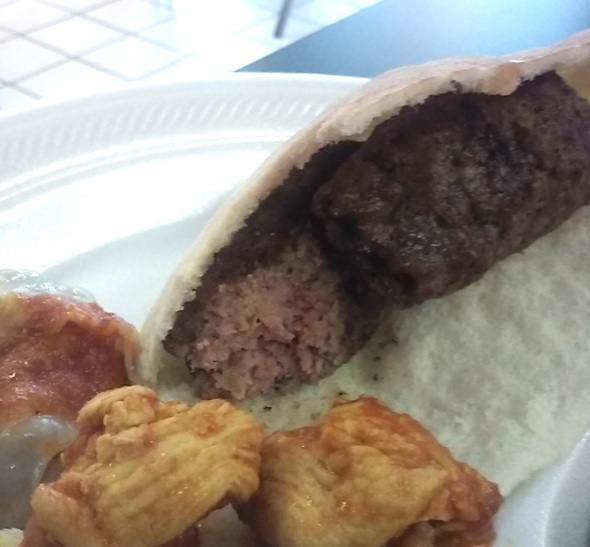 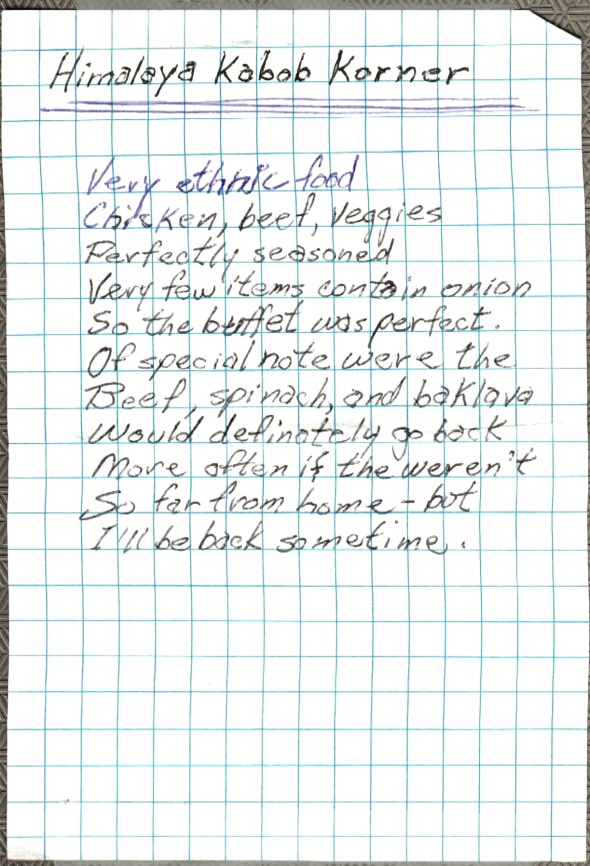 They have the buffet as a weekly lunch time affair. In the evening and on week ends they offer an extensive ala carte menu. They show the menu on their website and as you can see the prices are more than reasonable. Besides where else can you get Nepali food from a restaurant owned by a Russian couple, in Indianapolis.