The last few weeks Pat and I appear to be stuck on one specific food genre’. The Italian sandwich or grinder. First, South of Chicago, then Greiner, then Fresco and now the Cannoli Queen on the south side of Indy. Since Pat still resides on the south side. He noticed the place. Sometime back, but thought it was part of a chain. When he discovered that it was a mom-and-pop joint we put it on our list. And after eating there and talking with the Queen herself, I think that this is probably the most complete little Italian joint around. They make their own pasta, sauces, and all those delightful little cannolis and confections. And they even make their own bread. 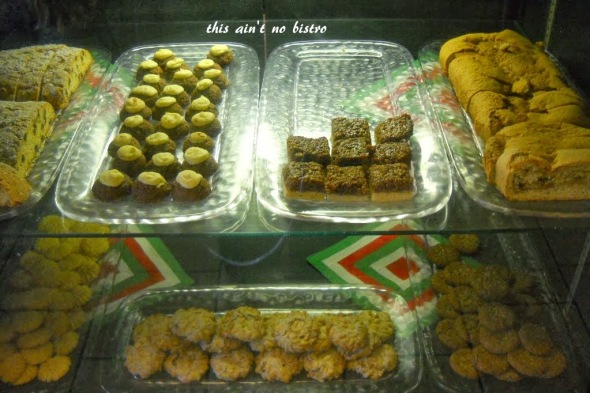 On top of one of the merchandise cabinets they provided small saucers of samples of their biscotti, and their various other sweets. After trying a few pieces I could not make up my mind as to whether I wanted an Italian Beef or Meatball Grinder. They cook their seasoned beef, along with green peppers and onions for several hours. Which was very tempting. They also make their own meatballs; and who can ignore a plump and tender hand-made meat ball? All of their sandwiches come with Italian fries. These are crinkle cut fries topped with Parmesan cheese and then toasted in an oven. Locked on the horns of a tasty dilemma. I went with the meatballs. And I must say the whole sandwich was nearly flawless. The meatballs were moist and tender; a perfect foil to the bread, which had the perfect tooth. Just the right combination of soft and chew. And the sauce was first rate as well. As for the fries they were deceptively tasty. Pat nor I thought they looked like much but the taste was spot on. Especially with the addition of that excellent “red gravy”. And to gild the Lilly the owner gave us a taste of their beef. It too was excellent. Melt in your mouth tender with a wonderful jus; infused with green pepper and onion. 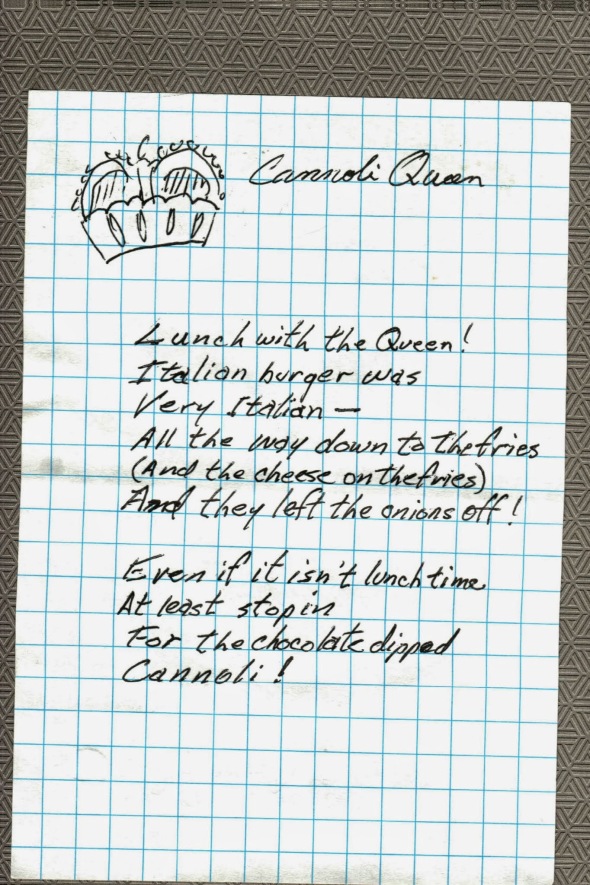 After lunch we just had to split a Cannoli. A chocolate dipped cannoli, at that. I think this confection sums up the nature of the culinary endeavor. It is all about both balance and contrast. And when it is done right it is a whole lot of fun to eat. The sweetness of the cream cheese filling, and the texture of the fried tube. Hey I think cannoli should be included in the list of State Fair food. After all it is fried. 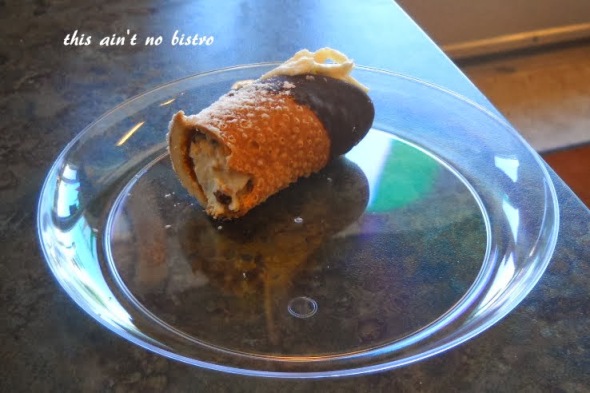