Barringer’s Tavern opened in 1879 and I believe it has been some sort of business continuously. During Prohibition it sold ice cream, candy, lunch and dinner. Legend has it they sold more than food from a window in back. Their signature foods were turtle soup, with the turtles being raised in a pond out back. Also pig’s feet; in 1947 they sold over 97000 feet. I am not sure why they say they were re-established in 2019 because I think Pat and I ate here before we started writting about it. It isn’t a fancy place but it is airy and comfortable. They are hardly a Gastropub but the food they serve is good, and the prices are resaonable.

They had a meatloaf special that came with mashed potatoes and mac & cheese. That was too much starch for me, but what I did order was even more heart unhealthy. A Last Chance hot dog. That was a 1/4 pound beef hot dog wrapped in bacon and fried. It came with sweet relish and Sirachi sour cream. I should have stood pat with that just 86 the crema and sub mustard. However for an extra buck I could get it covered with chili. Why not.

It wasn’t the most photogenic lunch but the dog was really good. The chili was so so and looked as if it had been hanging out on a steam table too long. I would do it again with relish and mustard. It was only $5.69 plus a buck. Pat’s fish was $8.29 so eating here won’t hurt your pocket book. I drove yesterday so I know the short cuts that only a local can provide so I will be back. I want to try the fish and chips and add some coleslaw. 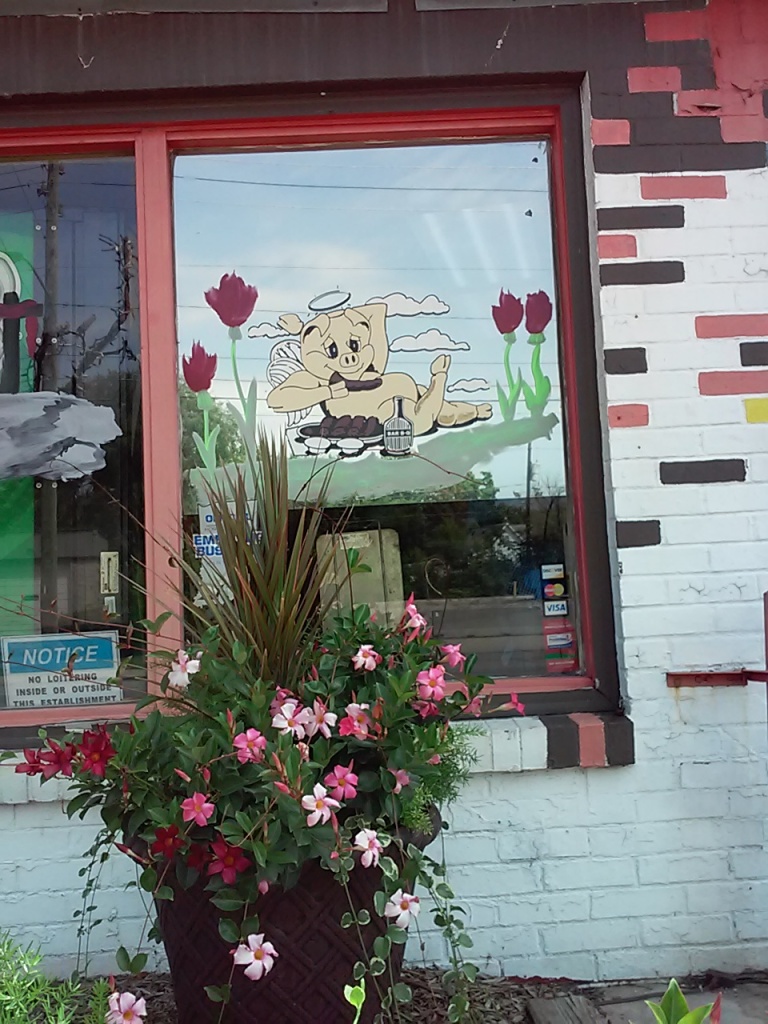 This place has been around since 1952 and yet I believe this is only the second time I have been here. I have gone to their store on 30th street several times and they only offer carry out. I honestly don’t recall an out-door deck on this joint before. Well it is there now. When I eat here I usually get the BBQ on a bun or the rib tips. When I was younger it would be a big slab of BBQ’d beef Bologna on bread. Well today it was a small tip. No sides just meat. As much as I enjoy side dishes I just felt like meat. 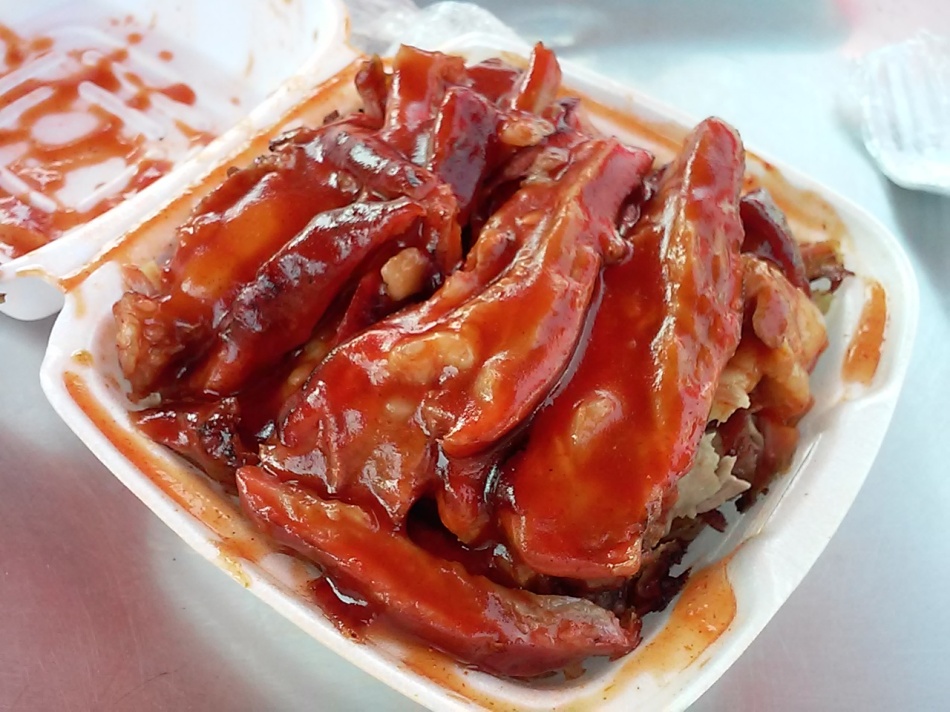 What I enjoy about tips is they are for the relaxed eater. No gnawing on a bone ; you just pop a piece in your mouth and start chewing. Stopping long enough to remove any bone or otherwise inedible part. That is why I get them already sauced. One box of tips and 2 pieces of bread was enough to sate my appetite. 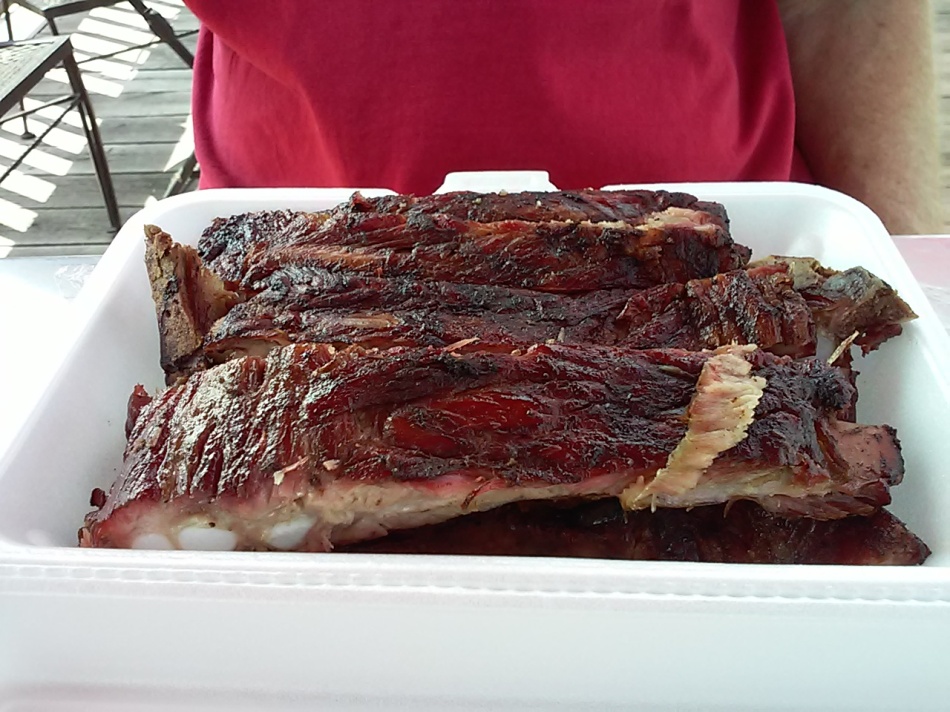 I didn’t get a taste of Pat’s ribs but I can say that they were some of the best looking bones I have seen.

Big and meaty just ready to be dipped into some hot BBQ sauce. I have always liked BBQ Heaven. Growing up there was only 2 joints for BBQ in the city Zeb’s and BBQ Heaven. I have no idea what happened to Zeb’s; it just disappeared. I am glad BBQ Heaven is still around.

I hope this link helps plan your next BBQ trip