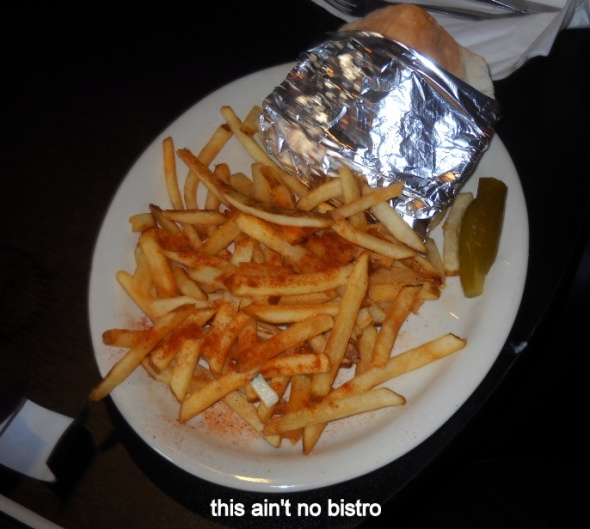 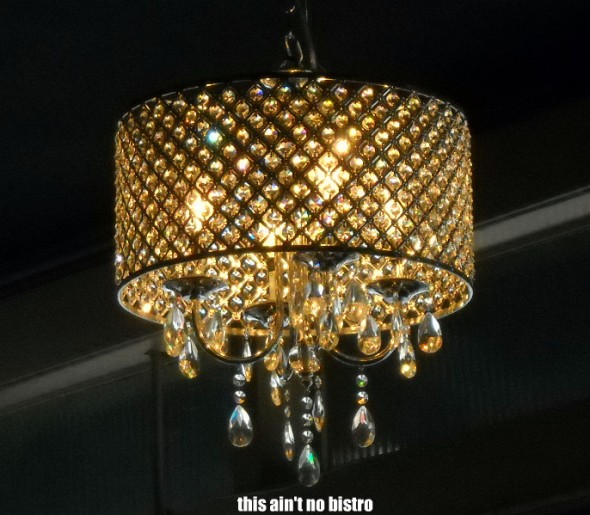 Has anyone out there ever been to the Urban Element ? Has anyone ever heard of the Urban Element ? Well no matter. That joint closed and in its place is Panorama Grill;specializing in Mid-East cooking with some American stand by s as well. The place is nicely decorated in urban chic;probably left over from the previous tenant. Our first server was not real knowledgable about the menu and was so timid and soft-spoken; I think she is going to have to “bulk up” if she plans on staying in the business. A more experienced server answered our questions and took our order;I don’t know if that was their system or if the youngster had her table jacked.No matter. Pat took the safe way out and had a burger,a plain hamburger. It was a little more charred than he would have preferred but is was satisfactory. I fell back to my old stand by,the falafel. Like the burger it was satisfactory; maybe a little above satisfactory. The falafel had a hint of cinnamon and a nice crunch. The pita was soft and the tahini sauce was abundant. The whole thing was so abundant I couldn’t eat it all. They also provide fries in abundance. A big pile of your standard 3/16 inch cut skin on french fries dusted with paprika. Again, nothing to get too excited about. All in all a nice lunch in a nice place at a nice price. Less than sixteen bucks for the two of us. And it’s close to downtown. On Penn just a half block north of the central library. So I think it is worth a shot. OH my.I forgot to mention the pickles. They are small non garlicy spears that have the appearance and texture of home-made refrigerator pickles. A perfect choice for any cuisine; especially food with bold taste.